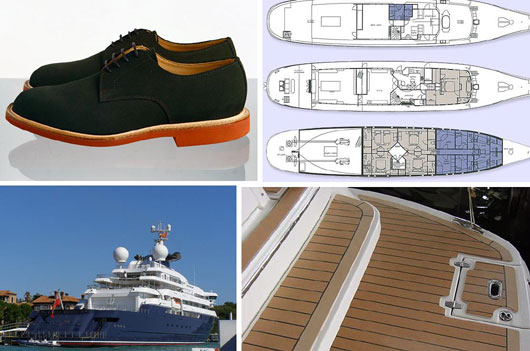 The Sanders buck shoe man was quietly insistent that his daughter inform her class that her father was not, as she had previously speculated, a ‘ship builder’ but a ‘yacht designer.’ He flicked open his Macbook Air and explained to her, in an insipidly patronising tone of voice, that ‘daddy doesn’t bang nails; daddy draws aft cabins.’ His daily life is one of constant exposure to the world of the have-mores; as such his own lowly existence, though relatively civilised and fortunate, is a point of constant chagrin. One of his first clients commented that his Sanders bucks looked very much at home on his 150 foot long teak decks which inspired him to purchase three more pairs; in green, blue and grey. The clean, sporty style of the model and their lack of chintz appealed to the minimalist in him although his blue pair particularly, with the orangey-red sole and the substantial blue ‘hull’, brought to mind of some of the larger commissions he had the misfortune to miss out on. 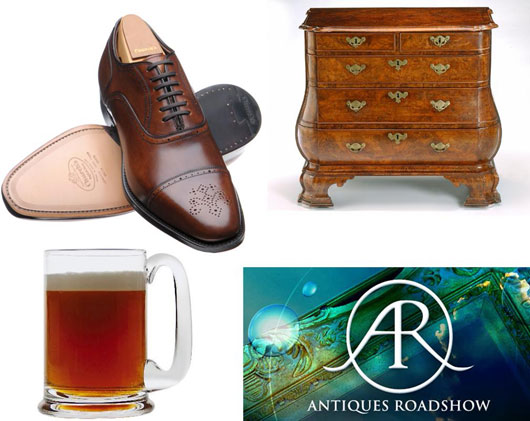 The Church’s Tenby man, an irritable antiques dealer, was one of the original ‘Walnut Mafia’ who once occupied a choice position on the Fulham Road and sold, at great profit, Queen Anne and Georgian lowboys, armchairs and bureaux to City moneymen for their mansions in the Boltons. Times have hit the Church’s Tenby man hard however, and he is now selling from a smaller address in Ladbroke Grove. The money men have wised up and now send droves of experts and fearsome bidders to the auction rooms to pick up the sort of thing the CT man would rely upon flogging in order to purchase his tailored suits and his Church’s shoes. Hand burnished, his Tenby’s are starting to look a little worn but he gives them as much attention and skill as his highly priced antiques and buffs them to an incredible shine on a Sunday afternoon, where he can be found in his sitting room with an ale, his semi-brogues and the Antiques Roadshow which he enjoys by guffawing at the ‘small fry,’ exacting his snobbery with great delight. 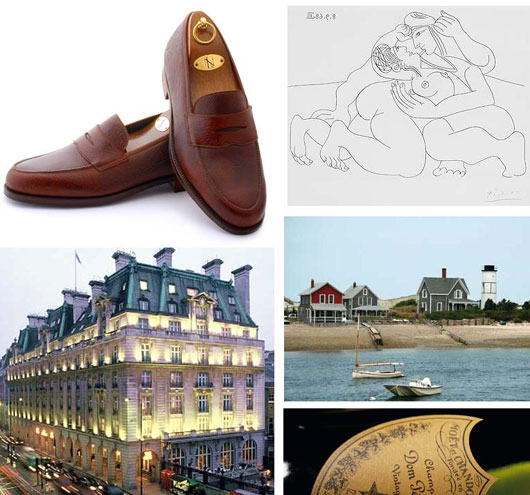 The N&L Russia calf man is an effete Upper East Sider who collects purple cashmere socks and summers on The Vineyard. This dealer-turned-collector made a fortune selling his collection of Picasso sketches, mostly pornographic, to a Picasso-mad Bermudan billionaire for nearly eight times their market value. Ever since, he has been able to skip down Fifth Avenue from his co-op apartment, fancy-free at every 10.30am, to enjoy his favourite meal; champagne eggs Benedict. Being an incurable Anglophile, the Russian calf man makes regular and unnecessarily fabulous (large suites at the Ritz with a purple Rolls Phantom from the airport) sojourns to the English capital for, he says, the ‘art culture, the dynamism and…just the quirkiness of it all.’ Insiders say he goes for the suits, the shoes and the hunky Brit bartenders. 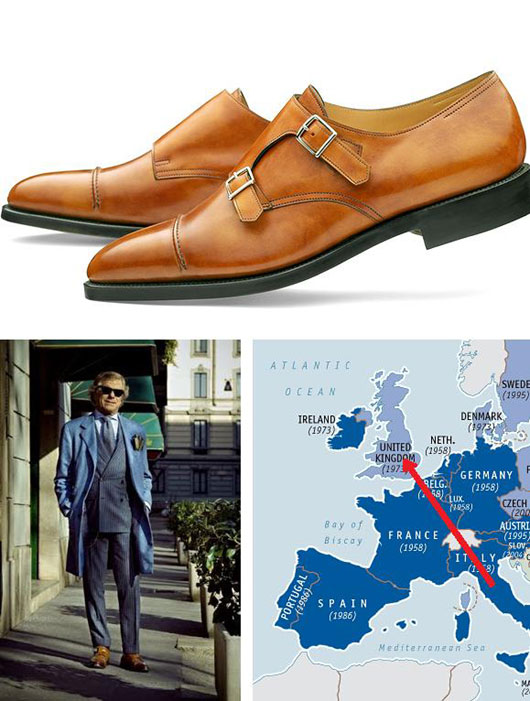 The John Lobb monkstrap man is a Milanese banker, terrified of being taken for: a Milanese banker. Unfortunately for him his flowing locks, pronunciation (‘Jon-a-Lawwb’) and continental minimalism give the game away within a minute of introduction. Ever since the ‘Bail of PIIGS’ issue, he has played down his Italian connections and has made efforts to convince colleagues that he is essentially European and does not hold the same views as some of the amusing politicians in his home country. He recently married an English rose ten years his junior who, again rather unfortunately, loves all things Italian as much as he does himself and often has to beg to be taken to Zafferano on a Friday night. His John Lobb shoes were an effort to make himself appear more English; his wife pointed out that they made him look more like Sartorialist favourite, and classic Milanese, Lino Ieluzzi.