I’d like to unambiguously state that I firmly believe the shorter trouser has a place in the well-dressed man’s wardrobe. For those who have not skipped along to a different article in dismay and disgust, allow me to explain myself further:

Some time ago, I was gifted a tiny, charming and wordless book of detailed illustrations entitled An Edwardian Holiday, by John S. Goodall, which details the seaside vacation of an aristocratic brother and sister with their parents. Say what you will about the society of the time, but the era marked the flowering of the styles and standards of clothing that some of us now hold dear. And chief among the gentleman’s looks of the tome was a light blue sportsjacket, a black necktie, white laceups and cuffed light grey trousers that ended on top of or half an inch above the shoes, revealing more than a sliver of black sock. It was rather youthful, and, more intriguingly, right “on trend” in both today’s parlance and fashions. I’d wager that for most, the look is more closely associated with the greasers of the 1950s (of course, the same decade that gave us the Teddy Boys), the punks and skinheads of the 1970s, and the post-mod hipsters of the 21st century.

But some connoisseurs of tailoring that I’ve observed via style blogs are rather fond of the “no break” look, with the daring amongst them taking even more audacious steps to show a little ankle. As the summer sun draws near, it’s time to consider a little change to one’s hems to bear the warmer weather, whether on holiday or at home. 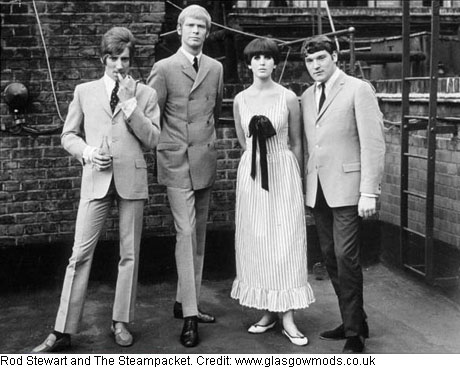 The least fussy way to go about this is to simply have a higher hem on the bottom of the trousers. This is a simple alteration for a tailor, particularly as part of a suit, and can also be achieved by purchasing a pair of trousers with a shorter leg length. The length will really depend on the purpose of the trousers. In a more casual suit, leaving an inch off the shoe emphasises a more relaxed, moddish and whimsical nature, especially if paired with a sock choice that might garner commentary on its own. With a pair of odd trousers, particularly denim, cotton or linen for the upcoming summer, two inches is entirely suitable for the sockless look and neatly avoids the “manpris” trap that would put most men off more adventurous trouser lengths. Done right, the effect will be much more prime Michael Jackson than wacky old Pee Wee Herman. 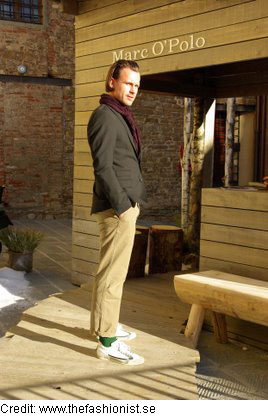 The more affordable, and presently more familiar, method of achieving the cropped look is a simple roll of the hems to create adjustable trouser “cuffs,” a much more versatile and manageable approach all round. This has the added benefit of an even more casual and less calculated aesthetic, as well as avoiding the pitfall of “too short trousers” accusations and appearing as a practical response to the heat. The style is usually done with jeans and chinos, and while not necessarily advisable with formal trousers, can be possible if the trousers are already cuffed. The look can be successful with or without socks and works best for gentlemen when dressed down with linen shirts and panama hats.

As far as widths go, a figure-hugging look can appear either idiosyncratic or overly feminine and wide legs would seem somewhat comical due to their expanse, so it’s best to wear trousers that fall straight down towards the ankles. To avoid or minimise any punk associations, one can opt for desert or Chelsea boots, while shoes such as sturdy brogues (Tricker’s, Alfred Sargent), loafers (say, Crockett and Jones or Bass), deck shoes and plimsolls should suffice for the more low cut-inclined.

A little seasonal inspiration may just be the lift one needs for summer elegance.

This is guest post by Barima Owusu-Nyantekyi, a freelance copywriter, marketer and researcher living in London. He is also an observer of popular culture, popular music and personal style who always dresses for dancing. His musings may be found at Style Time (barimavox.blogspot.com)