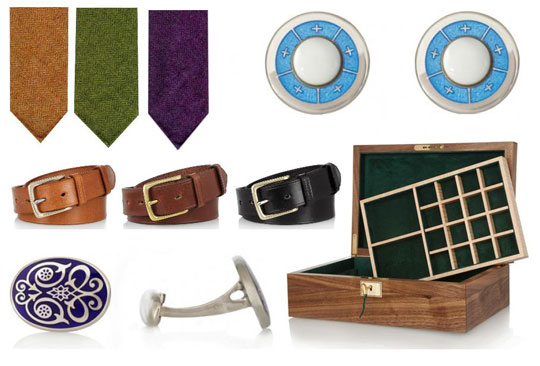 There are a number of things I enjoy about my involvement with Mensflair. First amongst those is the fact it’s written by enthusiasts for enthusiasts. I personally claim no special knowledge in matters sartorial just an interest in sharing thoughts, ideas and the things I learn, and an enjoyment of seeing what response that generates. I learn as much from the comments as I do writing the posts.

Another thing I enjoy is the people I get to meet off the back of my writing, which just occasionally enables me to help out a budding new independent retailer, a guy just like us who is trying to turn his passion into a working business. Linkson Jack is just such a guy and I’m pleased to announce he has just launched his own retail website sporting some beautiful kit, ranging from bespoke boxes and fine Onoto fountain pens to some beautiful wool ties, grenadine ties and horn accessories.

I first encountered Linkson well over a year ago when we met to discuss his idea for a business. As someone who is also going about setting up his own micro-label we had much to discuss. In fact we had quite a bit more in common. Born in St Vincent and the Grenadines in the Caribbean, he like me studied History and Politics at the University of London before working as a Parliamentary researcher at the House of Commons. Whereas I stayed in the House, he went on to found the Social Mobility Foundation, an established charity that helps to prepare bright, non-privileged students for admission to top universities and employment in the major professions and top businesses. Since our first meeting we’ve kept in regular touch.

There is something particularly satisfying about meeting people in those early stages of a dream and then seeing that dream become reality. As you know I’m walking that same path myself (more on that in my next post) and until you try it you never quite understand the monumental effort required to get things going.

My first impressions are that Linkson has done a first class job assembling a nice range of high quality and crafted menswear accessories. I know he took some time to track down less common manufacturers and craftspeople. Former Mensflair writer Simon Crompton over at Permanent Style has already written a nice review of Linkson’s bespoke boxes which is worth a read.

For my own part I’m most excited by those brands I’ve never encountered before. So while I’m taken by his wool and cashmere grey ties (something I’m told are selling like hot cakes across all retailers thanks to tit-lit phenomenon Fifty Shades of Grey), it’s his range of fine fountain pens that caught my eye. 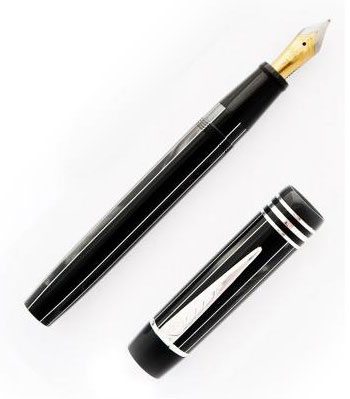 According to Linkson, Onoto pens were started in 1905 by Thomas De La Rue and Co Ltd (printers of the British £ notes and commonwealth stamps). They became one of the most famous British fountain pen brands in the world used by Winston Churchill, Field Marshal Haig, Florence Nightingale and Queen Mary. The brand lay dormant for 46 years and was brought back to life in 2004 by businessman James Boddy.

Continuing the tradition of producing high quality fountains pen in a distinctly British style, all Onoto pens are hand-made in England by qualified jewellers. That ticks just about every one of my boxes.

As a favour to me for readers of Mensflair and BespokeMe Linkson Jack has generously set up a discount coupon offering 20% on all orders over £30 (excluding bespoke boxes and fountain pens).  UK sales tax of 20% will also be deducted at checkout for shoppers outside of the EU, after adding your shipping address. Simply type in the code NOV20% or BESPOKEME at the checkout.

Aside from being a genuinely nice guy who deserves to do well, I’m confident Linksons enthusiasm for classic men’s style and unapologetic love of beautiful things will take him far. I genuinely wish him well.