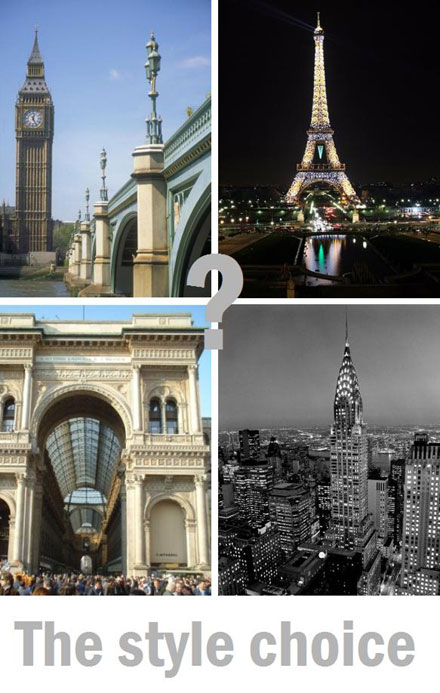 London and New York are under the fashion spotlight at the moment. New York is (at the time of writing) over halfway through their ‘Fashion Week’ now rebranded, rather strangely and confusingly, as ‘Mercedes-Benz Fashion Week’ and London’s begins on the 18th with a special menswear day on the 23rd. Whoop-de-do you might say. For what interest could there be in such a vacuous, female-focused, brand driven love-in for the man of style? Indeed, as I wrote of my experience at London Fashion Week a couple of years ago, though the event itself is, admirably enough, an opportunity for the most minor of clothing designers, and even design and textile students, to exhibit their work to an international and highly powered audience of press and buyers, it was depressingly dominated by kitsch, faddish female flim-flam; the sort of stuff that is easy to sell to an unknowing and unsuspecting fashionista but to an eye more interested in material value and longevity, utterly worthless.

In a way, it’s a chance for London to ‘have their fashion fifteen minutes’, and with British (Christopher Bailey) and ‘technically’ British (John Galliano) talent amongst the elite of world fashion an opportunity to show that when it comes to fashion, the Brits can muck in with the Italians and the French awfully well. In the same way, New York’s week at the tents in Bryant Park – with the ubiquitous Sartorialist Scott Schuman snapping outside – has equal talent to show off and proves that creativity at the very peak of clothing design is not only of a European variety. To the gentleman of style, all this ‘good for you’ back slapping of young, ambitious designers may be all very well, but as these are female and buyer driven events, you might wonder ‘Why the special focus?’

The point is that the show has ulterior branding motives. As well as showcasing talent, they’re also events which market the nations, and particularly the cities, in which they are held. Huge companies fight over sponsorship and event partnerships – desperate for the glittering arm of ‘fashion’ to drape over their drab, corporate shoulders – and hotels, restaurants, shops and bars hold special fashion ‘events.’  All this gleeful ‘25 years of British fashion’ and anxious promotion of British talent got me to thinking about, arguably, fashion’s mightiest citadels – Milan and Paris. Two cities which in fashion terms need no introduction. Everyone knows they are the heart and lungs of world fashion and yet, to some, their reputation is often their cover.

Paris and Milan have the stock of high fashion names and make all fashion conscious, and fashion fearful girls weak at the knees when they imagine the boulevards of emporia; the slick, monochrome style of the Parisians and the bright, showmanship of the Milanese. However, as useful as they are to the fashionable fairer sex, it is often more satisfying finding something you need in London or New York. NYLon’s moments are small moments in international high fashion but many more people, more interested in style and quality, value them highly.

Which, dear reader, is the style city of choice for you? Is it the New York of Ralph Lauren, Thom Browne and Brooks Brothers or perhaps the Paris of Charvet, Chanel and Hermes? Or maybe you are attracted to the Milanese names of Armani, Prada and Brioni or even the London style of Burberry, Aquascutum and Richard James?