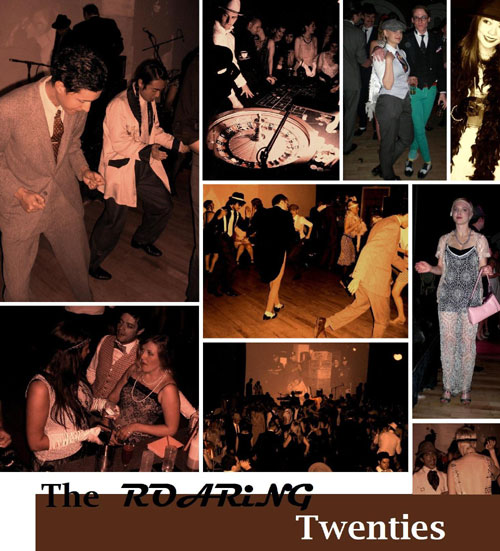 Not everyone likes costume parties. For some, they mean hours of unwanted searching in thrift and discount stores, endless peer consultation and extraordinary preparation rites that defy the purpose of such an occasion: to have fun. Others, like myself, relish the sartorial opportunity to ‘measure up.’ For such souls, the research is half the joy, the preparation exciting and rewarding and the result an astonishingly convincing subject for conversational introductions.

I was recently invited by a friend to attend the Prohibition Party that was taking place at ‘a secret venue in West London.’ Gin cocktails were to be served in porcelain tea cups; poker tables would surround the dancefloor and live swing music would be performed. Rather than the badly lit, greasy speakeasy of legend, this ‘secret venue’ offered glamour. A Dionysian occasion of whimsy and frolic in the shadow of grand, established households.  It reminded me not of Harlem bootlegging, but of a soiree organised by The Bright Young People.

The sartorial effort was considerable. Very few had neglected to dress up for the occasion and some efforts were so remarkably convincing, so authentic and subtle, that I remarked to my friend on the ‘ghosts’ in our midst. One girl, looking remarkably like Mary Pickford, wearing a headscarf on her bobbed hair, toyed with her pearls as she shared confidences with a companion on the dancefloor; one of the DJs, who appeared to be wearing a vintage 1930s three button suit, skipped around the dance floor like Fred Astaire; a fashionably late arrival, dressed in an eclectic combination of skinny emerald jeans, tailcoat, wing collar and spectator shoes was the evening’s Stephen Tennant and a photographer, the very wraith of Elizabeth Ponsonby, teetered around in full length lace. It was not so much that these results evidenced intricate research, it was that it was so gloriously clear that such exquisite encapsulation of a period and style was simply part of who they were; there was no mockery with such people, no ‘that’s-how-I’ve-seen-them-do-it.’ They were young, unafraid and extraordinarily connected with the Jazz Age aesthetic.

One of the most baffling issues of the evening for me was the preponderance of black shirts with white ties. Few photographs from the period exhibit this slightly alarming coordination (although as Barima correctly pointed out, a search for “1920s gangster” on Google images results in thousands of such ‘examples’) and it is not, from my point of view, a style that actually favours or flatters any wearer. The tie is invariably inordinately fat and this has the effect, in the dim of the dancefloor, of making the wearer look like a chap with a daub of double cream on his torso. There were a good number of Twenties clothing clichés – feather boas, pinstripes, spats and drawn-on moustaches – but generally speaking, for the available resources, all who attended did remarkably well. Trilbies may well have been more trend than tradition and were of the pork pie variety – more popular later on in the twentieth century – but at least they were worn, and in considerable numbers. However, as valiant as some efforts were the results were decidedly mixed. As I remarked to my friend Barima, there is a challenge levelled at dandies that many of them are simply playing ‘dressing up’ – the implication being that with a fashion history book open, anyone can match such a style. Fancy dress parties of this ilk are the presentation ground for such arguments, to see the results you would have to attend one yourself.