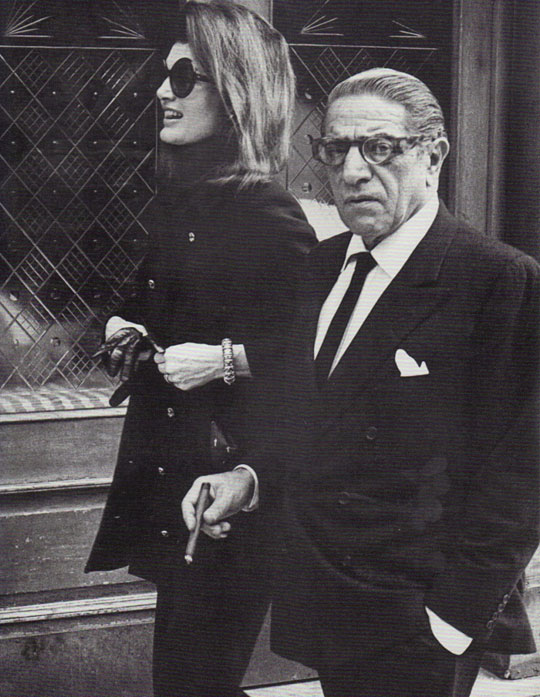 I recently spent an enjoyable sojourn on the Ionian Sea, on the island of Lefkada, just south of Corfu and north of Kefalonia. While, culturally, the island is bereft of the kind of richness that other Greek islands afford, the place is surprisingly popular. Thanks, I have no doubt, in no small part to the proximity of the island of Skorpios and the lingering legend of Aristotle Onassis which pervades the area like an intoxicating fog.

Once, the island of Skorpios – formerly owned by the Onassis family – hosted the marriage of ‘Ari’ Onassis to Jacqueline Kennedy, the widow of JFK, who sought refuge away from the glare of American public life – and into the richly furnished folds of one of the wealthiest men on earth. Though now owned by Dimitri Rybolovlev, a potash multi-billionaire, the former owner still casts his spell; it is still ‘the Onassis island’, still a revered treasure of the local people – irrespective of the name on the title deeds. History, after all, is more alluring than wealth.

I must admit that, prior to travelling, I knew very little about Aristotle Socrates Onassis – a man who, by all accounts, did his very best to live up to his impossibly cerebral Christian names. Though most celebrated as the seducer of the famous opera prima donna Maria Callas and the First Lady Jacqueline Kennedy (and her sister Lee Radziwill), Onassis’ greatest achievement was his colossal wealth, built through a vast shipping empire. In fact, so connected was he to these three particular pieces of information that he would comment; “Everyone knows three things about me. I’m f*cking Maria Callas, I’m f*cking Jacqueline Kennedy and I’m f*cking rich.”

Like all rich men, Onassis did exactly as he pleased. And, when it came to style, he was no different. Though not blessed with the looks (or height) of contemporary fellow billionaire Howard Hughes – think Pacino’s “Big Boy” Caprice from Dick Tracy – Onassis was an enormous character, defined by his love of beautiful women and beautiful things. Most importantly, he was supremely comfortable in his own skin – which is an essential ingredient for true style. There is an image of him entertaining Richard Burton and Elizabeth Taylor on board the Christina, his super yacht. He is sat back, cross-legged, wearing white trousers, sockless loafers and dark glasses – with an unlit cigarette dangling rakishly from his lips. 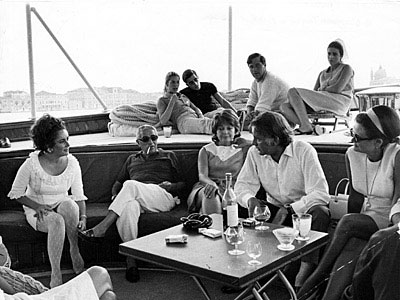 Onassis was no dandy, but he wore his clothes with such louche disdain that the effect of his style was far greater than if he had worn daily buttonholes and polka dot bow ties. His was a deep, masculine style; less artful than Agnelli, but far more assertive. As would be expected of a man who lived most of his days chasing the sun, he was often seen in casual, open necked shirts – though his well-pomaded hair was always slicked back – and his pocket square would often waterfall out of his double-breasted jackets.

His sprezzatura was understated; his sunglasses were overstated. He was casual; but wore formal clothing properly – almost dutifully; apparently, when he once invited a woman to dine with him on Skorpios, he changed into black tie from his casual attire when he saw the effort she had made with her own costume.

Most significantly of all, Onassis wore clothing of the era with a timeless panache that recalls the ‘wear it and forget it’ advice of Hardy Amies; he wasn’t precious about the clothes he wore. Which is precisely why he looked so good in them.