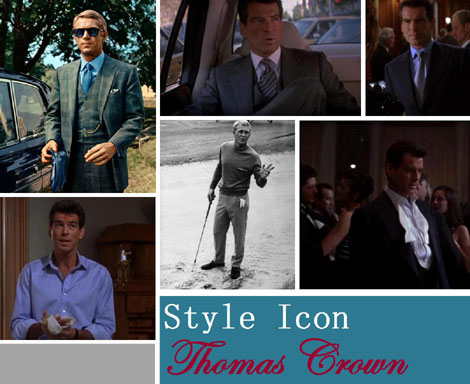 I was written to recently by a young man who had become interested in my blog but, due to his own admittance of his naivety and insecurity, was unsure that he would represent himself well in, as he put it, such ‘frilly, theatrical garb.’ He was, he wrote, ‘more concerned about what people think…’ Instead of providing what would have been a knee jerk response, damning his insecurity, slapping his proverbial back and sending him off in the direction of ‘frilly’ retailers, I considered his position from his point of view; a young man tired of the graffiti-trends of his peers, hateful of hoodies, tired of trainers he is evidently trying to mature his wardrobe. The difficulty being that many bloggers tend to be altogether too affected, too dandy or absurdly avant-garde – he cited one who chose to wear women’s heels and handbags – to inspire such a cautious self-improver.

Fortunately there are, I informed him, more influences than self-photographing self-promoters. Of course, for such a youthful, inexperienced upgrader, some alternative sources of influence will doubtless prove too far fetched – pointing him in the way of flower beds for colour coordination, though valid, is likely to perplex rather than enthuse. Seeking heroes of style in popular culture is a common refuge for the uncertain and cinema is a glorious medium; beginners and sartorial ‘professors’ alike gaze at the screen, following attractively dressed characters, storing imagery in their minds and pondering a little plagiarism.

Thomas Crown, a character originally brought to the screen by Steve McQueen, is considered something of a style icon, as much for his adaptability and ‘Modern man’ mantle as his sharp tailoring. Even the Crown in the Pierce Brosnan remake is applauded for exuding a deep, Everyman quality – Brosnan is as at ease in the air-conditioned boardroom in tailored wool as he is, linen shirted, watching the sunset from his Caribbean hideaway. He carries the viewer through Bond-like fantasies of tailoring, the cameras gorging on Turnbull & Asser shirts and ties and Gianni Campagna suits. Never over or underdone, the combinations emphasise the importance of simplicity and fit – a Brummellian manifesto – above all else.

These elegantly uncomplicated ensembles mirror the extraordinary knack McQueen’s Crown exhibited for not dressing up, or dressing down, but simply dressing well. Colours may tend to be minimalist, suits traditionalist (but hardly basic) and ties ‘uniform’ but what is remarkable is that on my last viewings of the original and the Brosnan update, the beautifully attired Mr Crown had aged little since the films were released. Others more in sway to the ‘fashions’ of the periods look decidedly dated.

The lesson to inquisitive but nervous improvers, intent on discarding the present uniforms of inelegance is simple; an upgrade of material and of shape, an embracement of maturity and felicitousness. Crown is no fake – heavily ironic considering his duplicity – when it comes to dress; his style is no ‘bullet proof’ armour or pomp of a parvenu. It is a symbol of his taste, success and earned position. It looks as it should always look: entirely natural.