Summer Etiquette: A Matter of Exposure 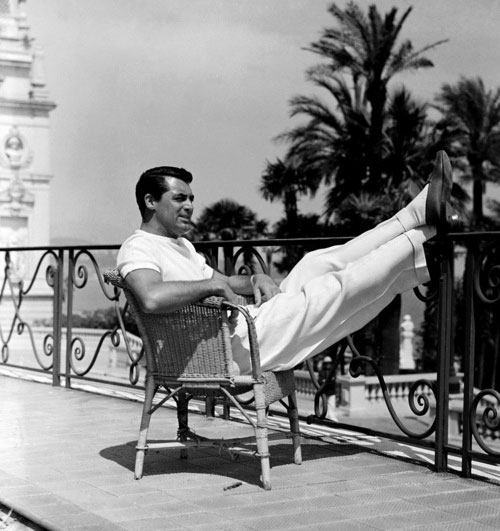 Picture the scene: it’s a hot and hazy summer day, the sun is baking the grass to an uncomfortable crispness and there’s no cooling breeze to blast against your sunburned face. The heat is such that the only thing you have any effort to do is rip off your sweat-saturated clothes and hug the nearest iceberg. You feel filthy, smelly and infuriatingly itchy. In such circumstances, etiquette is probably the furthest thing from your mind.

And yet, etiquette is actually one of the most important considerations in such conditions. This is not about excessive propriety. This is simply about not imposing yourselves on others or exposing yourself in a manner that brings about the discomfort or displeasure of others.

Skin exposure is one of the most controversial issues in fashion. In Victorian society, showing any skin apart from the face and hands was seen to be improper. Well-to-do women and men in the mid to late 19th century would have been fully buttoned-and-collared up, irrespective of the temperatures, their faces shaded by a wide brim hat. Thankfully, neither sex is compelled to follow such a punishing sartorial regime in the 21st century.

However, some exposure is getting rather out of control.

Torso exposure is not acceptable in any environment other than a swimming baths or beach. It doesn’t matter if you have the body of Michelangelo’s David, you should never take your shirt off in another public place. This is not about human beauty, it is about decorum.

Even if a few women ogle you, the truth is that you are showing your lack of regard for others, which is ultimately an unappealing trait.  Women don’t walk around with naked torsos and neither should men.

Leg exposure, though often frowned upon by purists, is acceptable but men, unlike women, often fail to take proper care of the extremities that are so forgotten in the colder months: feet.
The male foot may not be the most appealing body part, but men often make their peds worse by not taking care of them. Nails should be clean and clipped. All fungus infections should be treated with lacquer or VapoRub; if not, get a pedicure. Subjecting everyone else to cracked, calloused, fungal feet is not acceptable.

Lastly, removing items of clothing should be approached with caution. There’s nothing wrong with taking off a sweater or discreetly unbuttoning a shirt but it’s wise to avoid the temptation for ‘sneaky sunbathing’: rolling up shorts or removing a pair of loafers when you’re ensconced in some streetside café.