Why Tailors Should Dominate Fashion Week 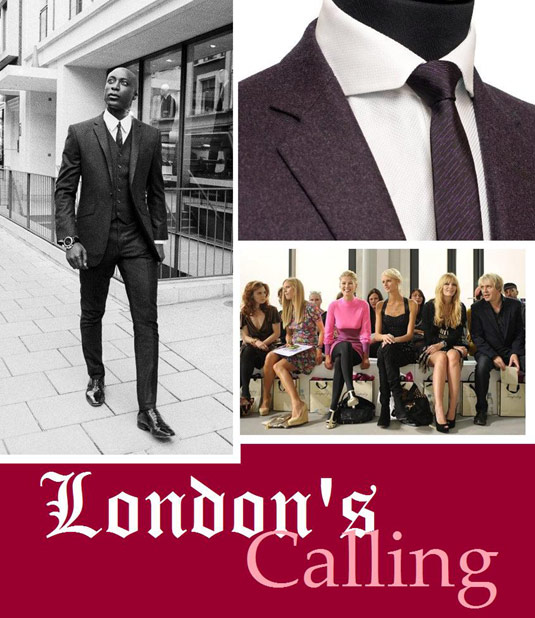 If London ever needed a reminder of how it lags behind the fashion powerhouses of Milan and Paris, the departure of the most influential names before the close of fashion week was surely it. Before the curtain had even been raised on the men’s show, most of the international editors were on a plane to northern Italy. It must have been a sore moment for those who had spent the year planning their shows; as much as Matthew Williamson might protest that the geographical location of a show is an irrelevance due to the internationality of the internet, fashion is all about priorities and realising you are not one of them is like an arrow through the heart.

The British Fashion Council has worked tirelessly to raise the profile of British designers, to present the creative forces of London’s fashion graduates, but so far their efforts have been in vain; London is still perceived to be an also-ran in the world of fashion. Irrespective of the cache of institutions like Central St. Martins and the excellence of training received in places like Savile Row, there are more than a few sniggers of pity and derision when the fashion world prepares for a September week at Somerset House. Compared with the Parisian and Milanese houses, London is lightweight; Burberry is coveted but is largely a glorified rainwear brand, Vivienne Westwood is talented and creative but simply doesn’t have the influence or market share. If fashion was about trump cards, London would fold early.

Where it can, and should, develop is in the arena of men’s fashion, particularly tailoring. For one thing, there is nothing in the world to match Savile Row. Ozwald Boateng’s glittering show at the Odeon in Leicester Square epitomised the brilliant fusion that can occur when the best tailoring meets idiosyncratic creativity; the best men’s clothing, whether from Paris, Milan or Timbuktu is made according to such simple principles of tailoring that Savile Row cutters acknowledge them in their sleep: shape, silhouette and quality.

Boateng, well respected in both Paris and Milan, is one of the best ambassadors for not only the Row but British men’s fashion. E.Tautz are also beginning to flex their flannel covered muscles in front of an international audience that is clearly doubtful of the value that British institutions can add to the global fashion machine. I have always believed that true craftsmen hold the key to all possibilities in the fashion world; McQueen might have ended his career, and his life, on the high of haute couture but he began it as a cutter on the Row.

Until now London’s tailoring community has quietly attended to business; shuttling tailors to Dubai, New York, Auckland, Bora-Bora and Peru, carrying the British name far and wide. They might think they don’t need to “do” fashion but the power their name carries would give London the ability to punch above her current weight.