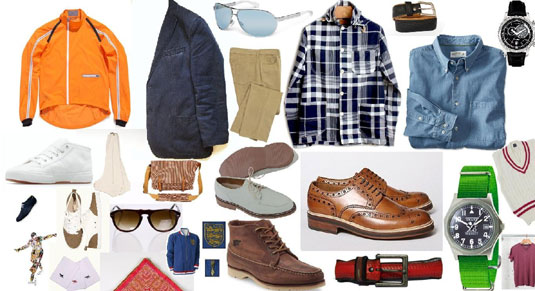 Currently the UK is in the grip of a general election. I say grip, it’s more of a weak handshake.

You may know that I am a part-time scribbler and hobby-ist on matters clothing and dress. My day job is a researcher to an MP, and whoever wins the election the time is fast approaching when I shall have to seek a new career path. As my last post made clear I’m more interested in product than dispensing advice, so I doubt scribbling full time is really an option. However, this week I’ve been arguing with my girlfriend about setting up my own label. Do I take the plunge or not?

The question I’m asking myself is does my idea have appeal and is it practical? Every year there are items I’m after, and more often than not existing retailers just don’t provide it. Experience – and you only have my word for this – tells me that I’m often ahead of the curve. Whatever I want normally comes out about 12-18 months later.

My basic idea is that every season I’d produce just one or two items in limited runs. Once they’re gone they’re gone. They will be core items around which you can add other items from other sources and build a look with. But the products will change from season to season; a shoe one season, a particular style of shirt the next. Manufacture will predominantly be in England, and if I can’t manage that then from a reputable source – no low rent, low wage sweat shops. Prices will be fair and reasonable, no big mark-ups for its own sake. Limited runs will be the determinate of exclusivity not mere price. For these reasons it obviously makes sense to sell online rather than from a retail outlet.

There isn’t much to prove this type of business model has legs, but then just because a thing hasn’t been done before is no reason to assume it won’t work.

So, do I follow the lead of so many of the people I’ve been writing about the last few years and take the plunge?