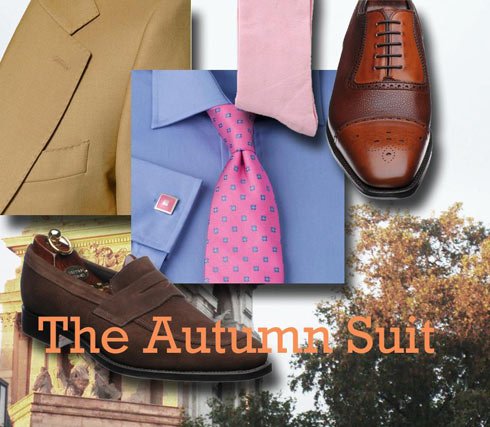 As I wandered through one of London’s royal parks on a recent weekend, I noticed a trail of crisp brown leaves pirouetting across the pathway; “Surely it can’t be autumn already?” I thought to myself, then feeling a pang as I caught sight of the crimson sunset behind Buckingham Palace, I realised that the ‘great’ British summer, ever fragile and short lived, would soon be over: good things never last, great things often never arrive. I thought of my lazy days by the sea, the gulp of salt water, the heat of the sun on my back, the distant sound of laughter and the warm, music-filled evenings overlooking a marina.

In an attempt to move on from my melancholy, I forced myself to reflect positively on the turn of the weather; no more brutally hot afternoons, forced to stumble around in sweat-soaked linen; no more flip-flops on the streets; no more uncomfortable, non air-conditioned dining rooms. I added to these pleasant ingredients the thought that the autumn of 2011, though still relatively distant, is already beginning to show itself on the racks of our favourite stores. Corduroy jackets, cardigans and raincoats are back; the sight of them, in the ‘heat’ of August is somewhat strange and I can only gaze upon them comfortably knowing that I have book ended this year’s summer with visits to warmer climes: a sojourn in Corsica is yet to come.

An early autumn suit is my current fixation; not one of winter’s greys or blues, no cool chalkstripes or crisp Glen Urquhart checks. I am looking for something the colour of sticky caramel, something to bridge between the pale linens, sky blues and whites of summer and the harder tones of the colder season. Something that will contrast with a French blue shirt but compliment an autumnal check tie; something that will marry well with a folded linen square or a yellow paisley. It will glow in the intensity of an autumn sunset and be worn for pleasure as well as business, perhaps to the last al fresco dinner of the year.

In early autumn, it is the sort of suit that would be ideal on particularly sunny days, worn sockless with a pair of brown suede loafers or for a very casual look with a pair of driving shoes; later on in the season, it can be deployed with pink socks and a pair of chestnut brogues or a pair of oxblood Oxfords. A fetching effect could also be achieved by using the items as separates: a caramel jacket with a pair of white trousers can be used on days that still feel like summer, the caramel trousers can be deployed with a wool blazer when it feels a little chillier.