The Enduring Appeal of Gatsby

When I heard a new screen version of The Great Gatsby was being planned, I rolled my eyes and tutted audibly. As a Fitzgerald flag-waver, I was not only frustrated by the continued avoidance of his other fine works but was also grieved that Baz Luhrmann was at the helm.

As much as I enjoyed his production of Romeo & Juliet and admired his eccentric Moulin Rouge, I loathed Australia and the crucial issue with any production of Fitzgerald’s work is that it requires a subtlety of vision; subtlety is not something I associate with Mr Luhrmann. Add this to the sad fact that the true magic of Fitzgerald’s work – his glorious writing – is impossible to transfer to the screen and the prospect of yet another stab at this seminal work seems to me to be decidedly unwelcome. 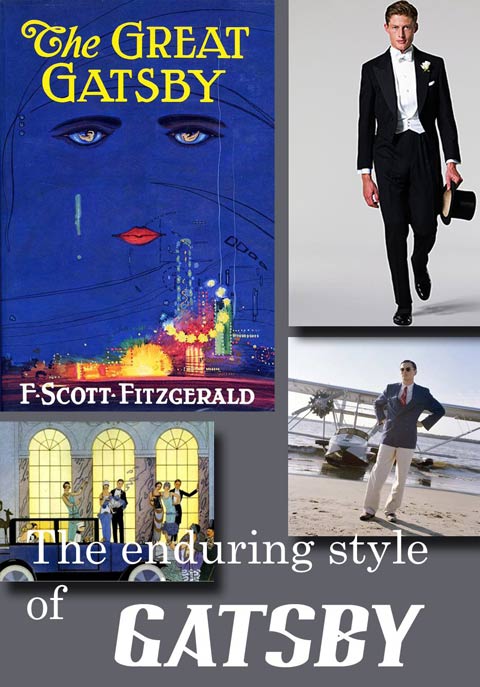 However, there is one element of the production that I am looking forward to which no ham-fisted script, error of casting or inappropriate score can destroy; the costume. The last motion picture Gatsby, featuring Robert Redford and Mia Farrow, was famously costumed by Ralph Lauren. While the film itself was relatively weak, it remains a movie of classic style – on more than one occasion, I have enjoyed glimpsing scenes of it in a London bar (muted) behind the bottles of Grey Goose and Laphroaig. As good as Lauren’s costuming was, I expect the work on this version to be even better. Why? For the simple reason that it will be a more accurate representation of the era; it might lack a little of the 1970s pastel palette, but what it loses in floral appeal it will hopefully make up for in authenticity and detail.

Costuming in film has improved so much in the last 30 years; photographic archives are more readily available and more money has been made available, not just for the costumes themselves but for the research and hard work that goes in to developing them. Though many films have a tinge of the eras in which they have been produced, some period dramas are so accurately and beautifully costumed that it is only possible to tell the age of the feature by the age of the lead. Cameras can capture the most subtle texture differences; a silk dupion, a wool flannel, a crisp linen. A well costumed film, now more than ever, promises to be a gorgeous feast for the eyes and the prospect of Gatsby and an ensemble of moneyed, Jazz Age Long Islanders being given the latest touch of the classic ‘Gatsby’ aesthetic is terribly exciting.

So what is this classic ‘Gatsby’ aesthetic? Isn’t it just the preppy way Lauren represented him in the Seventies and continues to plug now? Well, yes and no. Lauren might have made that Gatsby, but that Gatsby also made Lauren. In fact, he always existed; the aloof looking chap in a dusty old photograph with slicked hair, a blue blazer, club stripe tie, white trousers, spectator shoes and horn-rimmed round sunglasses. He was an invention of his era, not of the movie industry. Lauren was simply able to look at the way men used to dress and say; “This is how he should be; this is Gatsby.” As most of it takes place on Long Island sound, I expect some sporty and nautical elements to the costume; plenty of white foundation and red-lipstick for Daisy, plenty of blue and white for Gatsby, some white bucks, spectators, tortoiseshell glasses and a vast array of suits including a loud blue pinstripe with peaked lapels, double breasted waistcoat and turn-ups, pocket watches, fedoras and boaters – they were still very popular in this period – rounded collars and, hopefully, full white-tie.

According to reports, Leonardo DiCaprio is playing the eponymous hero of the piece. There is sufficient precedent (Titanic, The Aviator) to suggest that he will prove to be an excellent Gatsby, if only as a splendid clothes horse.