The Evolution Of The T-Shirt 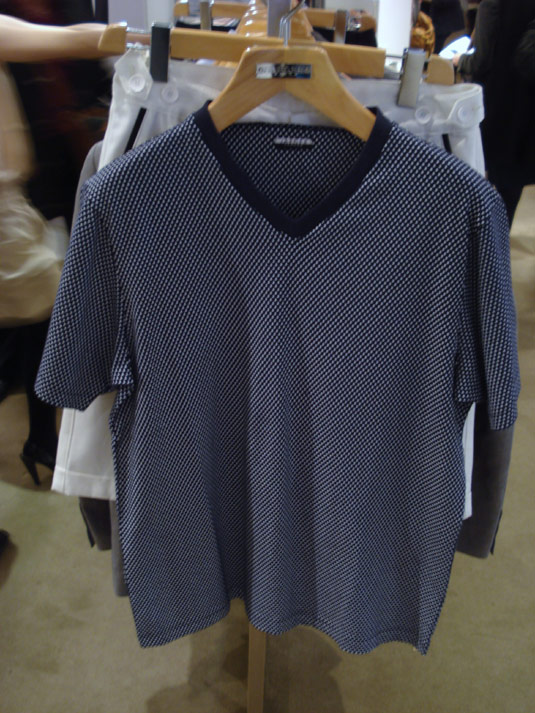 An odd title for a post you might think. After all, few things rattle Mensflair readers more than the prevalence of T-shirt wearing.  Understandably we tend to regard devotees of the T-shirt as the sorts that evolution left behind.

Now, these last few weeks I took a sartorial sabbatical, owing to a need to a find a new job and prep for an important interview. But, interview over, on Wednesday I got back onside with a preview of British label Jaeger’s spring/summer collection for 2011.

One of the items to catch my attention, other than a beautiful, soft shoulder, summer weight cotton DB jacket was the T-shirt pictured above. Now, except during the height of summer I almost never wear t-shirts, and even then they’re Polo shirts. It’s also fair to say I despair at the state of dress of the majority of modern men.

But what interested me about this T-shirt was both the design and the reasoning behind it. To begin with it was more heavily engineered than your standard T, being a heavier material with better stitching to the collar and armholes. It was also something of a departure for the brand, which hitherto had produced suits, jackets shirts and other more formal attire. 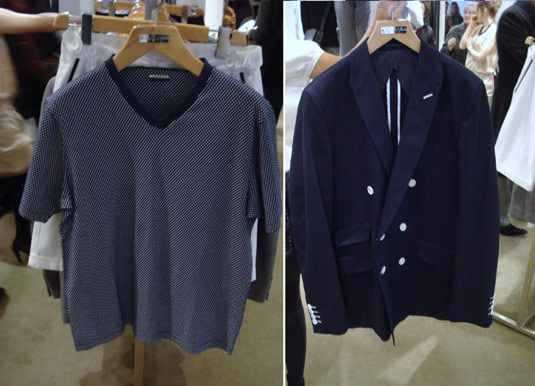 I discussed Jaeger’s new collection with its designer. What’s clear is that they know that for the most part modern men live their lives in T-shirts, so why not upscale it and try to incorporate it into a nicely tailored wardrobe. This particular T was designed to fit seamlessly with many of the jackets for the seasons to come, including the Double Breasted one I have my eye on.  It’s an interesting approach. Instead of lecturing men to dress better, who are quite happy not to listen, why not make better the natural comfortable choice. 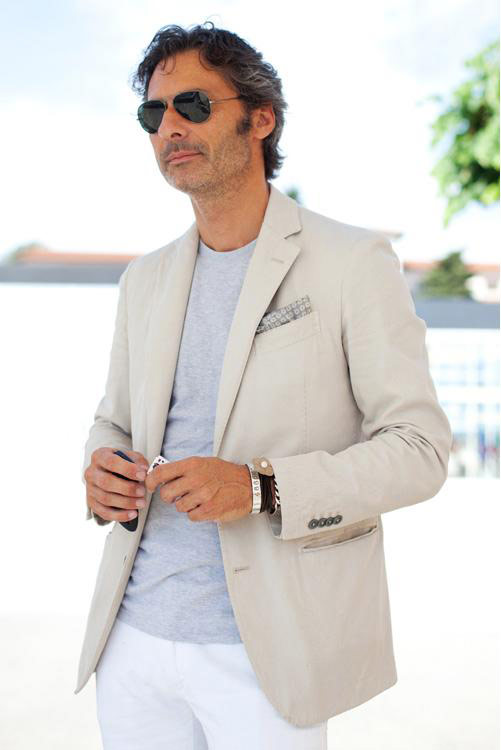 Funnily enough I spotted this type of approach in a Sartorialist picture from the summer. I rather like it.

The famously sanguine British Prime Minister Harold MacMillan once remarked that in politics and life you have two choices: you can either ride the wave or swim against the tide. While I might prefer to see men in beautiful shirts and tailored suits and jackets, if it’s a choice between an evolved T-shirt incorporated into good tailoring, or a continuation of dirty white Ts, baggy jeans and trainers that most men reduce themselves to then I’ll take the former.