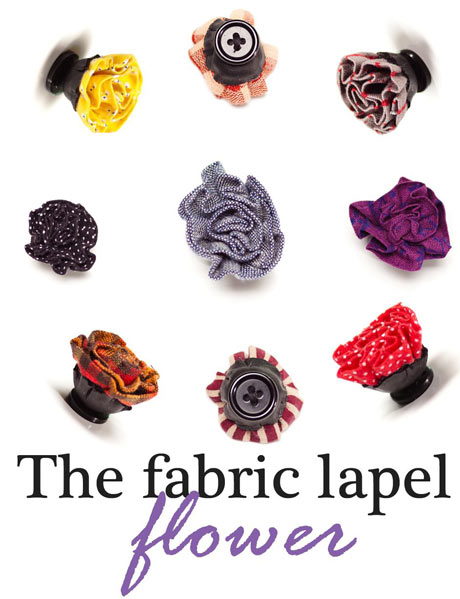 One of the best things about a blog that appeals to an international audience is that it enables education and sharing of particular customs of a country. The emailed questions and commentary often begin with an observation of national differences; “It seems in England that you…” , “Here in Germany, we…”, and are followed by an analysis of cultural and sartorial distinctions between Blighty and whichever land the commentator hails from; effecting a diplomatic dialogue that is based on sharing and understanding of which the United Nations would be most proud.

One recent comment related to a tradition of the United Kingdom and Commonwealth countries in adorning lapels with paper poppies throughout October and early November. One of the posts made during this month featured a paper poppy and prompted a reader to ask where I had found what he had innocently considered was a ‘red boutonniere.’ The really interesting part of this story was not the question itself, nor was it my thorough but dull explanation of the tradition but what the reader provided in response: lapel flowers from J and HP Clothing.

Though I have always preferred real flowers for buttonholes, I had often considered artificial flowers for days when the vases in the house were empty, particularly as I had managed to get so much use out of a velveteen paper rose that came with a box of Godiva chocolates. I had noticed a fabric buttonhole in the lapels of one of Rose Callahan’s recent photography subjects on The Dandy Portraits and was struck by its remarkable resemblance to a real flower; only on very close inspection can you see the rough edges of the ‘petals’ are in fact frayed fabric.

J and HP Clothing buttonholes are not intended to be as realistic. Many designs are polka dot, striped or checked. Secondly, the finish of the ‘flower’ is thicker, the fabric is not translucent at the edges and only a man at more than 10 paces would be fooled into thinking a carnation had been snipped for the benefit of your lapel. However, this is part of their charm and appeal. I have encountered many men who adorn their lapel with a multitude of decorative pieces; badges, pins and corsages. These colourful fabric flowers are of similar appeal in that they add art without artifice. Made from cotton and secured to the lapel by, that’s right, a button, they offer an alternative or an addition to that other occupier of the suit jacket’s upper left quadrant, the pocket square.