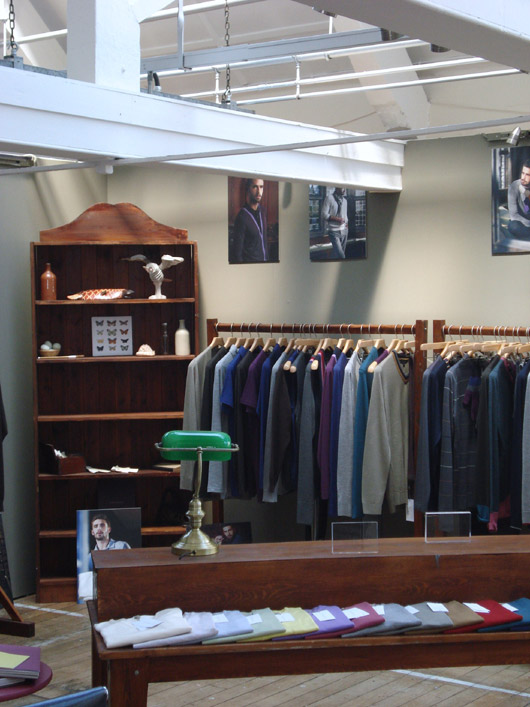 John Smedley have been producing ‘Made in England’ luxury knitwear for over 8 generations, and count Her Majesty the Queen amongst their illustrious but discrete cliental. As I pointed out recently, I’m something of a late convert to John Smedley’s beautiful knitwear. So when last week I was invited to tour the factory it seemed an opportunity too good to pass up. 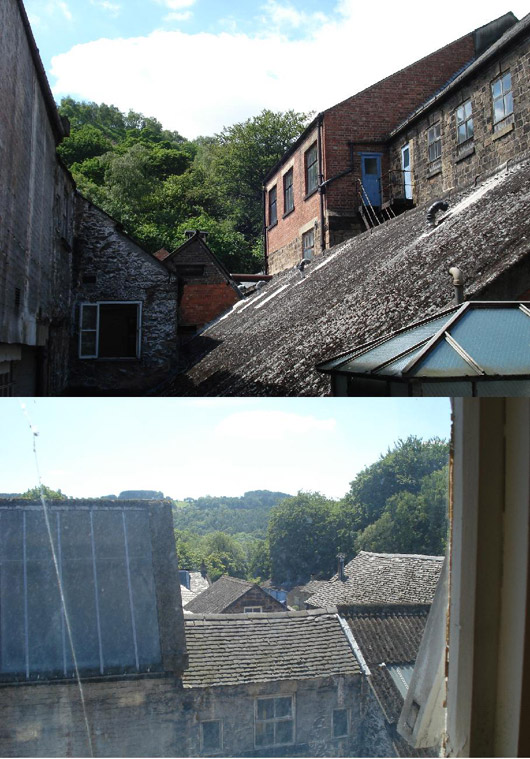 Far from the dark satanic mills of which William Blake wrote, enveloped by the rolling hills of the Derbyshire countryside there is something almost picturesque about this factory. Dating back to 1784 it’s actually classed as an historic monument, putting it in a class with Stonehenge. 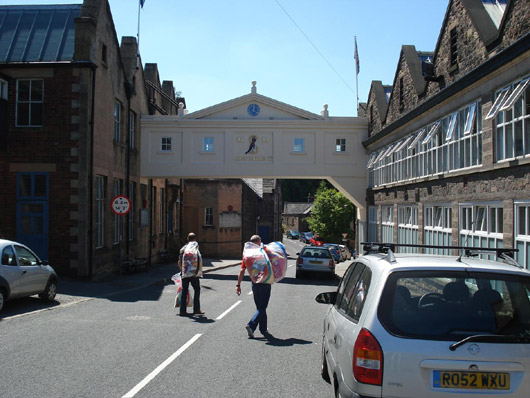 Many brands trade on ‘heritage’ and ‘craftsmanship’ but those things often only exist in the lines of some clever PR copy.

I could recite a list of impressive facts about Smedley knits; 35 individual hand operations per garment; rigorous standards of animal welfare for farms that supply its Merino Wool; the fact that all the garments are washed in fresh natural spring water etc. etc. But none of that gets to the essence of Smedley, and why I’ve concluded it’s a very special company. 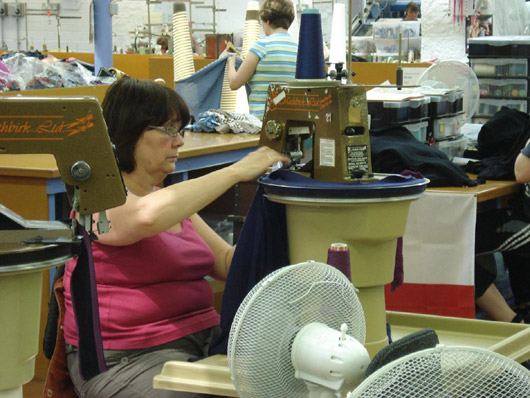 What struck me most was the attitude of the people behind Smedley. Some members of staff have been working for Smedley for 40 years. Our guide for the afternoon was a lovely man by the name of John Mumby, who had himself worked for the firm for 30 years, before his recent retirement. Now he returns to provide guided tours for visitors; everybody knew John and there was nothing John didn’t know about Smedley.

It was difficult to put my finger on any single thing which induces amongst the men and women working at Smedley a genuine affection for the brand and all it stands for. But walk around the factory, talk to employees and it’s palpable. Creative Director Dawne Stubbs joined Smedley in 1992 and as she put it to us, “we are caretakers of a legacy and no one wants to be the caretaker that stuffs it up”.

According to Stubbs, retaining the authenticity of the ‘Made in England’ label has often proved a big headache. The decline of the UK textile industry meant the company struggled to find even the smallest items, like a supply of British made buttons. Personally, I find it interesting that they should even care about such things. I suspect in most cases ‘margin’ would have determined the outcome of that problem. 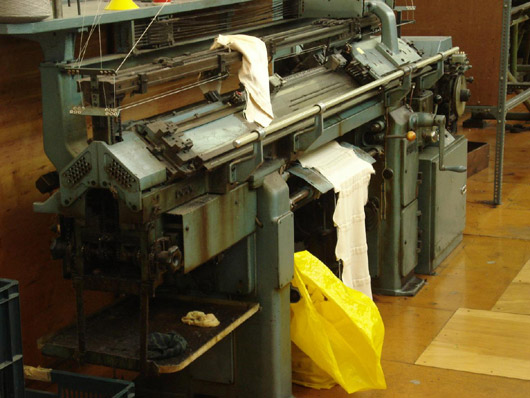 One of the keys to Smedley’s quality and finish is the type of equipment used, much of which can’t be bought any more, and which modern replacements can’t match. According to Stubbs, the replacement of an old machine causes great anxiety, lest continuity of product suffers. A refreshing view in a world that equates ‘new’ with better. 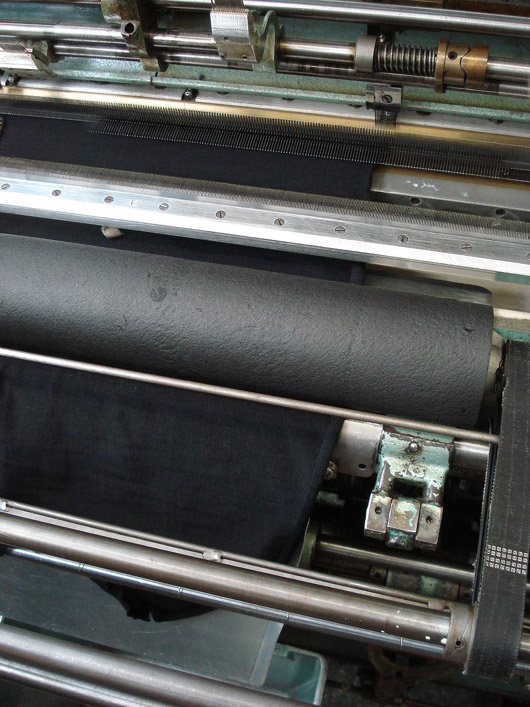 That doesn’t mean there is no place for modernity. Having been given a preview of things to come in the autumn and winter collection there is plenty of interesting colour and textural play to be found. And there is one room in the factory full of the latest £100,000 a piece weaving machines, but it was clear from the visit and talking to workers that there is no compromising the quality of output. If the old ways work best then old ways it is.

It’s not until you tour the factory and meet many of the workers that you really understand what the brand is all about. While I cannot transport you there, I hope these pictures at least provide an impression of what I felt and saw; and just what a remarkable company this is.