The Old Favourite: The Barbour 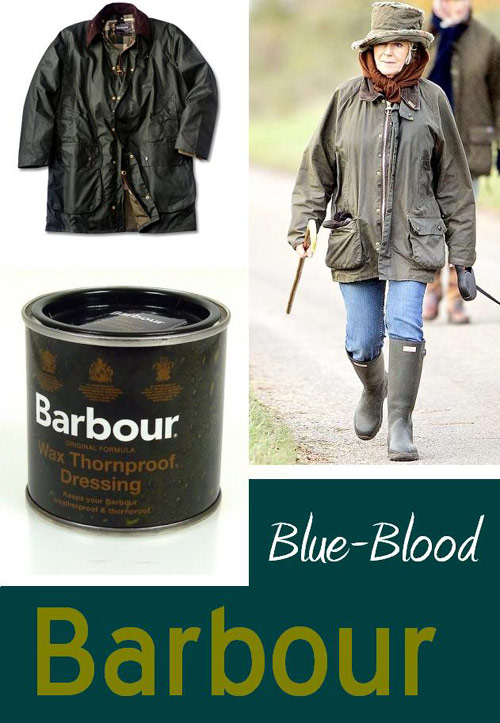 I never really knew why but buying a Barbour jacket was not so much a choice as inevitability as far as I was concerned; it was always a case of when, never if. The Barbour I own, a green Beaufort, doesn’t even get much use. I don’t wear it much in town and the few occasions on which I venture into the country, only a handful require its deployment. Having grown up surrounded by woods and fields, I saw a great many Barbours on the country folk that inhabited the area. I remember how battered and full of holes they were, glistening from years of waxing and consistent use. They seemed indestructible and indispensible and I was determined that I should have my own.

The best thing about owning a Barbour is that they look and feel better as time goes on. The new Barbour is always a little stiff; fresh but harsh and lacking in character. It also carries with it the badge of the arriviste. Country folk in my neck of the woods, forever conscious of their own insecurity, would look askance at a family of pristine Barbours. To them, there was no greater suggestion of the nouveau riche than the fresh smell of Barbour; “I bet they’ve got an awful Range Rover too” they’d be heard to giggle. As meaningless and pathetic a swipe as it was, it did illustrate that the Barbour is one of these garments that has what I refer to as politely as “owners” – people who believe the garment belongs to them and their ilk exclusively.

The great thing about a Barbour is how useful it is; pockets galore and utterly waterproof, provided the jacket is sufficiently waxed. It’s warm too and even warmer if you button-attach one of the cosy linings and unlike a woven jacket, won’t snag on a barbed fence. As my Barbour ages, the colour is changing; a once bright green is now fading in areas through wear which creates a mottled, antiqued look that is merely a fact of age but which, apparently, is greatly in demand for much the same reason that vintage leather jackets are so desirable; the facade of ‘lifelong ownership.’

It is the loyalty of patrons like Prince Charles to their ancient Barbours which has created the snobbery about ‘newness’ to which I have previously alluded. ‘Old money’ elitists need little reason to scoff at the acquisitions of the bourgeoisie but instead of presenting successfully the economical, practical, aesthetic and even emotional reasons for donning the same wax jacket, decade in decade out, there is heard the altogether too self-satisfied cackling derision that a new Barbour is somehow an offence. Ignore this. Simply buy one, wear it proudly from the first and keep it forever; the class commentary is irrelevant.