The Sartorial Season: Introduction to the Series – Ascot

The traditional ‘London Season’, which ran from the month of April throughout the summer till August, is widely perceived to be a dead social calendar. For generations, wealthy families would decamp from their remote country piles and relocate to the capital for its duration. For the long, warm nights of the summer months it was an endless whirl of dinners, parties, races, games, balls and breakfasts. However, its raison d’etre was for a particular form of social maintenance that has ceased to be relevant. Gone is the importance of a debutante’s court presentation; vanished are the hordes of chaperoned, well-born teenagers descending on late night balls. The social necessity of the “right” people being thrown together in order that their dynasties combine through the premature and often unwanted matchmaking of their broods has evaporated.

What remains, however, are the traditional ‘events’ of the Season, the pillars of the calendar that have survived the social revolutions and cultural changes since the decay of the society ‘Season.’ Though most of these events are no longer as important as they once were, they have retained their traditions and have become curiosities of form and taste.

What is particularly interesting about many of these events is that they maintain expectations of social decorum and sartorial expectation. They are still events that, for the most part, enforce dress codes on attendees. With the Royal Opera now accepting of an audience that wears chinos and trainers, smart restaurants waving in t-shirts and jeans, events like Henley and Ascot are places of remarkable sartorial strictness.

Out of all the traditional Season events, Royal Ascot is probably the most famous. So called for the regular attendance of the highest members of the British royal family, Ascot was the grandest event of all in the Season’s halcyon days and attended by Dukes, Marquesses, Earls and Viscounts. However, it has latterly acquired a reputation as something of a contradiction with a variety of racegoers complaining of loutish behaviour and provocatively attired young women flashing their ‘bits’ in the Berkshire sun.

Though such a decline is nothing new in Blighty, Ascot is fairly unique. Along with traditional weddings, it is the main reason for the delayed death of the morning tailcoat and top hat, as both are required to enter the Royal Enclosure (although they are optional elsewhere at the event). As such, a huge number of men choose to hire morning dress – even if they do not have access to the Royal Enclosure. While admirable and promising of an excellent spectacle – to see a sea of toppers bobbing around in the English sun – the result is somewhat varied. Many men take the event seriously and are well turned out; others treat it as something of a Monty Python comedic circus and dress as if they were an extra at the Mad Hatters Tea Party.

I have long thought that wearing morning dress properly is actually fairly easy, and can be achieved relatively inexpensively. There are simply a few things which require some serious thought – and strict control.

To avoid looking like the slovenliest racegoer at the course, focus on three things; your trousers, your waistcoat and your accessories.

All the other major elements – tailcoat, shoes and shirt – practically sort themselves out. The only thing to mention about the shoes is not to wear anything (and I mean anything) other than black Oxfords. No cheap winkle pickers, no loafers and no brown.

The trousers are a cause for concern because they seem to be worn so spectacularly badly at Ascot, even by men with access to the finest tailors money can buy. They are often absurdly long, with unsightly folds encasing the ankles and usually worn criminally low, on the hips of the gentleman rather than the waist. 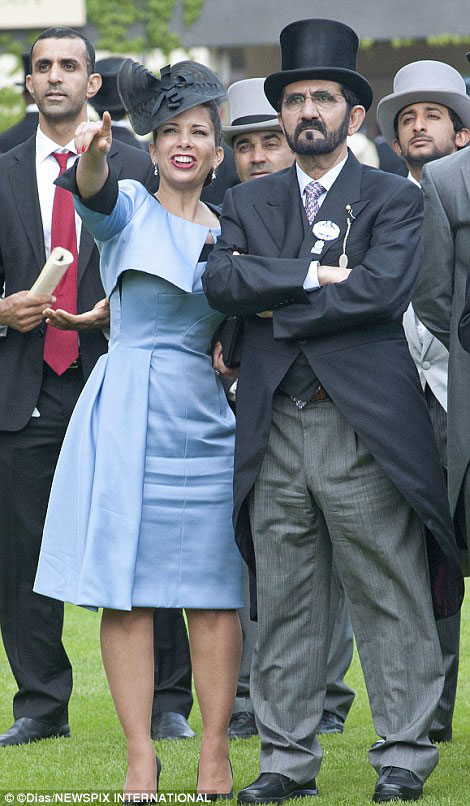 Let’s get one thing straight. It’s not ‘cool’ to wear morning dress trousers like jeans. It doesn’t look James Dean ‘rebellious’, nor is it more comfortable. If you can see your trouser waistband under your waistcoat, it is very simple: you have failed to wear morning dress properly. You don’t look chic, elegant or smart. You look like a naughty schoolboy who has sneaked outside to the bikeshed to have a cigarette and swap sports stickers – but, instead, gets caught fiddling himself outside the girls toilets.

You should wear your trousers as high as is comfortable and there should be virtually no break at the bottom (nor should there be turn ups). To do this, it is best to buy a pair of trousers a couple of inches bigger at the waist than normal to provide a bigger seat for, ahem, undercarriage comfort. This is because, sadly, most trousers now are cut to be worn on the hips rather than the waist. I always buy morning dress trousers a size or two larger and wear them with braces. You can get them adjusted too, but I haven’t bothered so far. With such a high rise trouser, your waistcoat is guaranteed to cover your waistband and spare your blushes. Advice: buy your trousers and spend time making sure they fit. You can always rent the tailcoat. 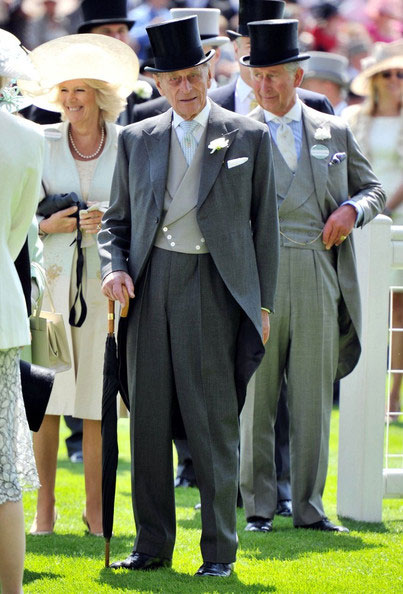 Secondly, your waistcoat should be short.

I’ll say that again; your waistcoat should be short.

The elongated double or single-breasted waistcoat pattern is simply a bastardisation that is, once more, caused by men wearing trousers on their hips and not their waist. The waistcoat should be worn around the waist – not the hips; the clue is in the name. If you make your trousers sit at the correct height, you should be able to get a short waistcoat (a maximum of one third of your overall height) to cover your waistband. Unfortunately, to do this properly with a double breasted waistcoat you might need a tailor but there are plenty of places that offer single breasted waistcoats in light cottons or linens, suitable for race day.

Lastly, your accessories. Once you have the trouser rise, the short waistcoat and the basic bits and bobs like polished black Oxfords and a white or French collared shirt, you can focus on the fun stuff; the hat, the tie, tie pin, pocket square, boutonniere (go small and subtle) and – potentially – pocket watch.

The top hat is a bit special, so you should spend some time looking for a decent one but even though the black silk ones are still very much the ‘dizzle’, grey felts are actually quite elegant and a hell of a lot cheaper second hand. To make sure it fits, when you put it on you should feel it sit ¾ of the way up your forehead; any lower and you’re the Artful Dodger.

The tie is often recommended to be a silver or grey colour foulard but you can get away with a lot at Ascot. I think a nice stripe goes a long way and provides a slightly sportier edge to the ensemble than a fusty pattern. Buy on eBay (where great ties never die) for great bargains.

The pocket square should be easy to find, but don’t only listen to those who say you simply have to wear white silk or linen. Match it to your shirt block colour, or a stripe in the tie. Silk, linen or cotton are acceptable.

The tie pin can be anything you want but stay away from novelty golf club, tennis racket or Yogi Bear pins. You’ll either look like a provincial or a paedophile. It can be jewelled (costume or real) or using an attractive, semi-precious stone like malachite. Again, eBay (or Etsy for the connoisseurs) is a great resource. Make sure you fasten it to the shirt placket so that the tie has plenty of arch. There’s nothing sadder than a flat tie at Ascot.

Lastly, the timepiece – the question of the pocket watch.

I have one, so would definitely wear one, but I would strongly advise against it if it is an eBay/Alibaba ‘brand new’ £5 pocket watch with a cheap chain. People will fiddle and it will ruin the entire effect of your ensemble if your watch is, to all intents and purposes, a cheap ‘replica.’ The chain is the thing, though; make sure it’s heavy, with interesting links. Buy a fob, too.