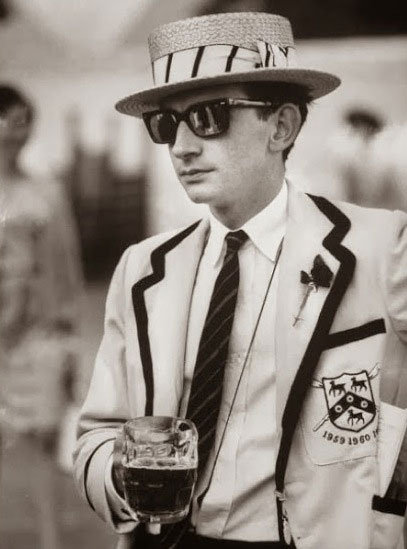 Second in the series – after last year’s introduction to Royal Ascot – Henley is the most famous rowing regatta in the world.

It takes place in Henley-on-Thames, approximately 1 hour from central London on the banks of the same famous river that flows through the capital. The regatta was established shortly after Queen Victoria assumed the throne, in 1839: the year in which Belgium, as a kingdom, was officially created.

Taking place over five days at the beginning of July, the Royal Regatta is smack bang in the middle of the Season – and the middle of the summer. Despite Britain’s reputation for its euphemistically named ‘mild’ warmer season, this is still the time of the year most likely to experience temperatures above 80 degrees Farenheit. This has some bearing on Henley, as soaring Mercury is the greatest catalyst for Britons to adopt a state of undress.

As it was established long before rowing federations existed, Henley has its own rules and its own way of hosting rowing races. Each race is a knockout draw, with only two boats racing in each heat – a rather uneconomical and laborious process, but one which enables the consumption of Pimms to be prolonged.

In many ways, watching a series of rowing races is very much like watching a series of horse races and, like Royal Ascot, there are ‘enclosures’ for elite spectators; much in the same way that the Royal Enclosure at Ascot dictates the attire for fellow racegoers, the Stewards’ Enclosure sets the tone for the rest of the Regatta.

The dress code for the Stewards’ Enclosure states:

“Gentlemen are required to wear lounge suits, or jackets or blazers, with flannels, and a tie or cravat.”

Of all the qualifying garments, it is the blazer that recalls the spirit of Henley most vividly. Rowing teams all wear their team blazer whenever they are not out on the water. In many cases, this blazer has a very colourful striped pattern, with the rowing club crest emblazoned on the breast pocket. Many ex-rowers bounce along in rowing blazers too, as well as those who are members of rowing clubs, school and university affiliations or even private members clubs. 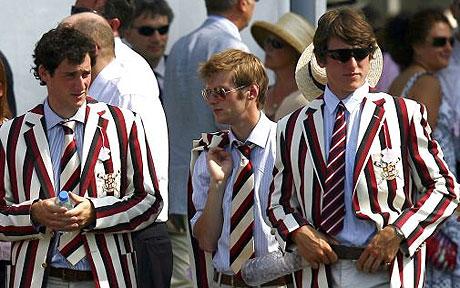 As such, it’s difficult not to feel left out if you aren’t wearing one; few are the times a man would yearn for a jacket he would never use on any other occasion. And general etiquette dictates that a man should not ‘adopt’ a club’s colours simply because he likes the pattern. For corroboration, you have only to ask the nearest Scotsman his opinion of non-Scots wearing tartan.

However, it is possible to ‘do Henley’ properly without resorting to wearing what the rowing fraternity are wearing.

Firstly, it should be clear that this is no occasion for City suits. Those dark grey wools, charcoal pinstripes, and natty Glen Plaids are not appropriate, even if they are accepted. This is an English summer sporting event in the countryside.

If you choose to go for a full suit, then summer fabrics should lead the way. A crisp linen (or wool-linen) suit in mid-blue, navy, caramel or creamy white would sit perfectly against the preponderance of three-button rowing blazers to continue the theme of charming, antiquated Edwardian design. 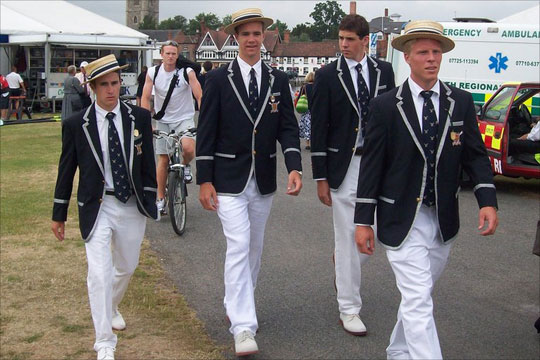 However, the easiest solution may be a simple navy hopsack blazer with patch pockets, worn with cream or light grey flannel trousers – a summer stroller, very much in the spirit of Henley. 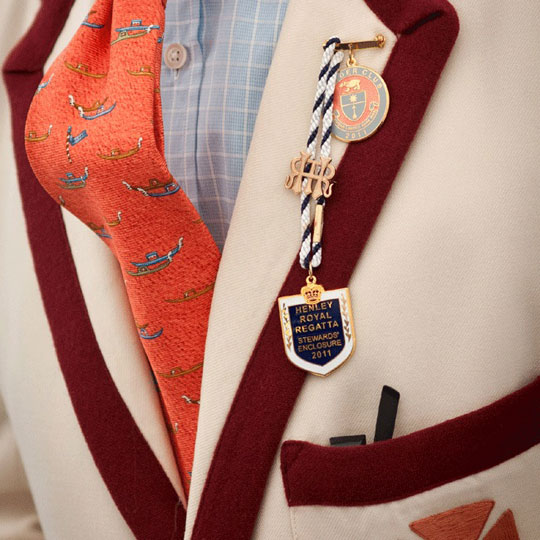 To achieve the full inter-war Henley aesthetic, accessorise using a light blue shirt with a contrasting white club collar, a repp tie and a brass tie pin. Henley is no place for black shoes. Instead, wear Chestnut Oxfords or – even better – semi- or full brogues.

Should you be inclined to millinery, this is the ideal opportunity to wear a straw boater from Olney – pretty much the only serious boater you can find. They are made of proper, multi-ply Coburg straw rather than simple wheat straw. Those squeamish of skimmers might prefer a Panama.