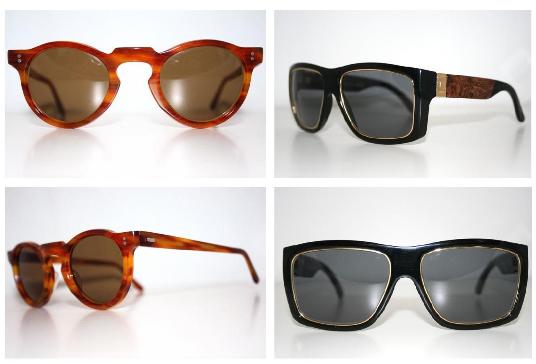 It may not feel like it but summer is on its way. Naturally I’ve begun to compile my list of summer essentials. Whether it is filling gaps or replacing kit that is no longer fit for purpose I usually start by compiling my ‘dream list’. This usually bears little resemblance to my financial means. I then whittle this down to the essentials, kit which will last for years to come and represents an investment.

Two items have thus far survived the initial whittling process. The first is a pucker pair of bins.

I’ve always hesitated at investing real money in a proper pair of sunglasses in the past. Firstly, I don’t trust myself not to lose them, and secondly, I think a lot of the ‘labels’ today offer not very much for an awful lot of money.

I mean, look at Ray-Ban Wayfarers, a prime example of taking something that ain’t broke and then fixing it. Instead of leaving this classic alone, new pairs have Ray-Ban written across the lens! Who asked them to do that? Why take a classic and ruin it with cheap clumsy branding. Of course, for many the label is all that matters. A fool and their money are soon departed.

And so for years I’ve been content to wear cheaper Wayfarer-style sunglasses from a reliable source with good UV protection at next to no cost.

But when London based Lee Yule contacted me to introduce his website Loveiwear, I kinda new this would be my cup of tea.  Via his Shoreditch showroom, commercial website and blog, Lee preaches the gospel of great design and individuality in the form of vintage sunglasses and frames. His blog has become a daily addiction of mine.

Lee and I seem to be kindred spirits, after 15 years in the business, which included helping to launch Police sunglasses in the UK, he became disheartened with the way people get taken for a ride by the big manufacturers; who produce cheap frames, stick on a well known name and charge high prices for them. According to Lee the 50s to early 90s was something of a golden age and this is his focus for his business. That said, he’s begun to stock a few of the interesting new independents that have come to the fore, reprising many of the old school values.

Sunglasses are one of those items of apparel, much like cufflinks, watches and pens which can quickly become an obsession. And like all obsessions it’s the rare and unusual that excites most. In particular it’s his collection of 1950’s frames that most interests me (as pictured above left).

When you think about it, sunglasses play a huge part in the iconography of great dressers, whether from the worlds of film or music.

I’ve decided it’s time I took this accessory a little more seriously, I believe it will be time and money well spent.