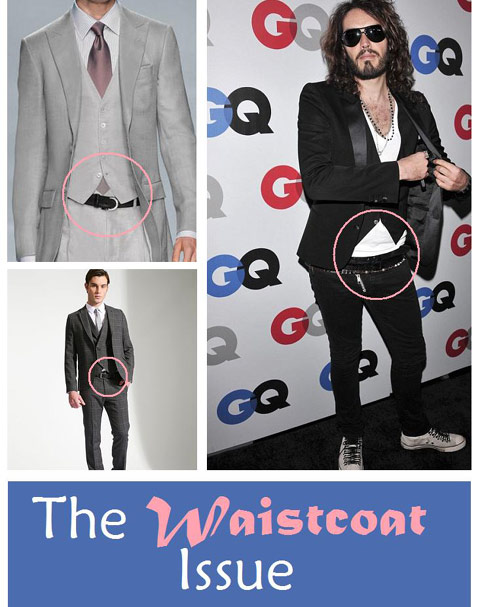 The waistcoat renaissance was rather rashly dismissed a few years ago as a passing trend. As with other trends, critics opined ‘that for which there is little need, there will be little life.’ Men’s clothing is different to women’s clothing in this regard. Women’s trends can be unpredictable, their longevity irregular. Handbags are never needed but simply ‘wanted’; the glum male faces in the mighty emporia of feminine clothing betray not simply their boredom but their disapproval: “I’ve only got one briefcase, why do you have to have six purses?” This is the modern man. And this is why so many wag fingers of knowing correction when someone talks of the new ‘thing’ in male fashion. For the probability is that unless this ‘thing’ is of substantial ‘use’ it will not maintain the attention of sufficient a number of men.

Two things happened which destroyed the cynical opinion that waistcoats were another vain attempt to project a more elegant sartorial past onto the modern man; firstly waistcoats were rediscovered as a ‘useful’ item of clothing and, secondly, men began to rediscover their inner dandies. A little ‘want’ was creeping into the masculine mentality. Few people point and stare and the waistcoat now; it has lost that conspicuous ceremonious quality through its intensity and spread of recent use. All this I approve of. The ‘elegantisation’ of the general is a much desired thing. However, I do (unfortunately) have one concern with the way it is worn.

Instead of wearing their trousers on their waist, many men wear their trousers like their jeans – on their hips. At school, the trend was the same. Trousers bought to be worn higher up were pushed down to avoid sniggering, pointing and, in some cases, outright bullying. Years and years of the Italian suit trend, exemplified by Armani, saw trousers being worn lower. Considering this with the popularity of low-slung American-casual clothing, is it any surprise that the vast majority of high-street suit trousers today are made to be worn on one’s hips? Sadly, when you throw this in the style-blender with the waistcoat, the result is unfortunate. Instead of covering the top of the trousers, the waistcoat finishes above the trousers with an unattractive stretch of shirt poking through. While it might be acceptable for Russell Brand’s peculiar ‘brand’ of style, it isn’t really appropriate for suit attire.

It is important to maintain space in the crotch and seat of the trousers, so a lot of modern variants that offer less forgiveness in this region will not be able to be yanked up to the waist without considerable pain and discomfort. The key is to avoid trousers that are constructed like denim and go instead for trousers that can be worn nearer the waist.The waistcoat will then cover the unsightly folds of shirt and the unattractive belt-loops of the trousers. Any ‘position maintenance’ should really be achieved with braces and not belts.