To Flip Or Not To Flip 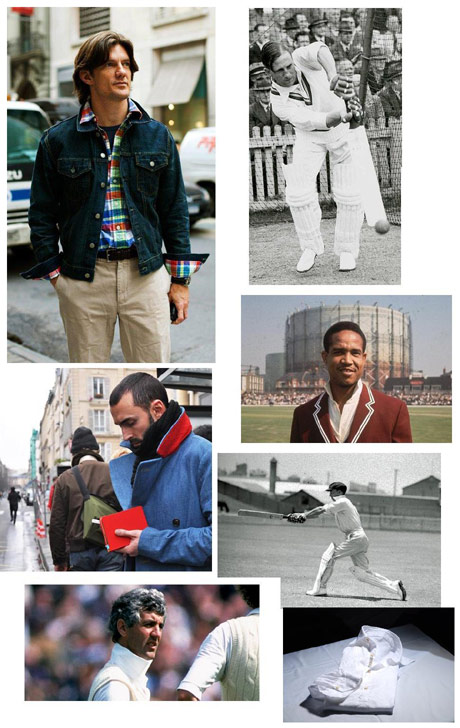 The responses to my post on the jean jacket brought up an interesting and contentious issue, namely, the flip.

It was prompted by the picture of the gentleman in the above picture (on the left). It seemed that while the jean jacket was readily accepted the fact he had flipped his collar and cuffs put him and his look beyond the pale. The words “tszujed douche” seemed pretty harsh to me.

But a meander around the internet and it’s clear that few things in the world of men’s dress elicit quite so much contempt as flipping. Or more to the point, it would appear that we have a super abundance of obnoxious flippers, as practitioners and practice attract equal loathing.

Now speaking as a long time and committed flipper I’m not sure I understand the problem. Of course that could have something to do with perspective. It was from my grandfather that I caught the flipping bug. A bit of a hero of mine ever since I was a little boy, despite being an irreverent bugger who’s contrived to spend much of his working life in uniform, first with the RAF and later the Police Force, he was also an accomplished amateur cricketer. I suspect part habit part rebellion are his motivations.

This added connection of the sports field, and in particular the cricket pitch, is where, for me, flipping derives its beauty and even some romance. In an age before technical sports wear, logos, advertising and sun creams, flipping the collar of a clean white cotton shirt was how you kept the sun off your neck while labouring in the field. And so to me it always has that slightly old school sporty edge, coupled to something quintessentially English.

And it’s far from a given that flipping puts you in bad company, there are some noted flippers aside from my grandfather and the cricketing legends above. Cary Grant was an accomplished flipper; as I explained in my last post, he used flipping to disguise a thick neck. In my own case I use it to add width and foreshorten a long thin neck stuck atop a 42 inch chest.

But I suspect none of this matters and an impassioned plea to go easy on us flippers will leave many of you unmoved.