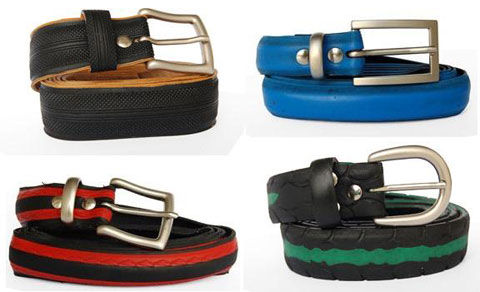 It’s one of the great ironies of life that the jobs that are most fulfilling come with the least financial reward. That’s what I’ve found anyway.

In terms of my wardrobe this has often forced me to seek interesting ways to vary a look or lift up core – but ostensibly dull – items. Playing with my accessories has perhaps been the best way of doing this on a budget.

They say that one man’s junk is another man’s treasure, but in this case its one woman, Bettina Galizzi. I wrote about her and Velo-re belts in one of my very first posts for Mensflair, and while not to everybody’s taste, I found their vitality, individuality and sheer quirkiness appealing. I also liked the back story to their creation. You may remember that these belts are made from old bicycle tires, so they are not only original but they also have an environmental pay-off. 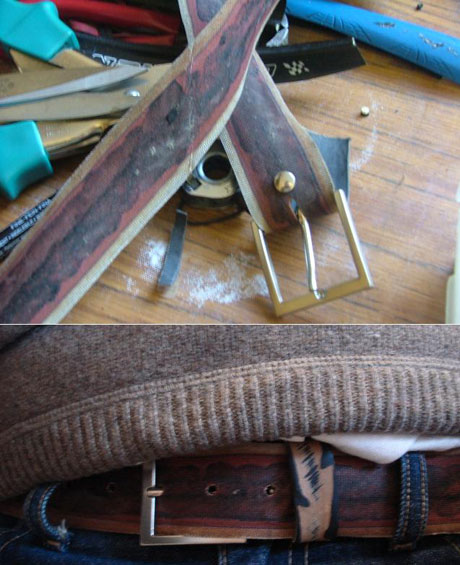 Recently I visited Bettina in her workshop to get my own Velo-re belt. This one is made by stripping the rubber from the grosgrain inner; the bonding agent between the two layers leaves this distinctive pattern. It’s grosgrain but not. 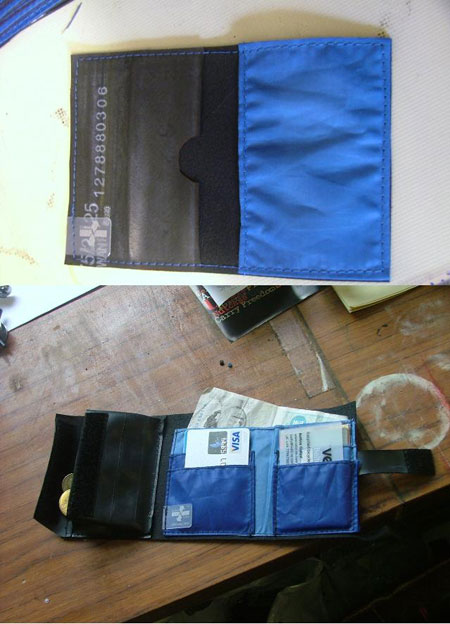 And since my first write-up she has expanded her range slightly. New additions include wallets and travel card holders which are made from recycled rubber and windsurfing sails, and a leather briefcase made from the first class seating of aeroplanes. I rather liked the wallets, which have a rough house feel. While they won’t permanently replace my nice leather versions, used with a Harrington jacket, some dropped Tootle and heavy brogues, it’s a nice weekender.

While obviously of interest to elite cycling athletes and enthusiasts, I’ve found mine receives regular compliments, and in terms of altering the look of chinos and a white oxford it has proved money well spent.