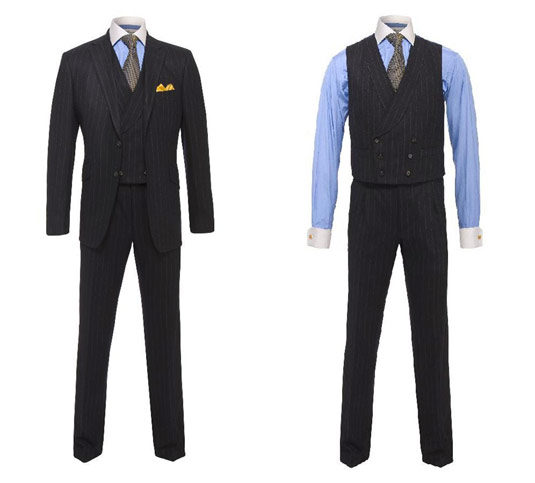 This week the long awaited Wall Street II: Money Never Sleeps hit the big screen. With Michael Douglas reprising the role of anti-hero Gordon Gekko, the ruthless, street-fighting financier, it promises much. As the original remains one of my favourite films I sincerely hope it delivers.

The original Wall Street defined a decade, Thatcherism and Raganomics both. For years strutting peacocks in the city expounded “lunch is for wimps” and bought the line “greed is good”. It celebrated and legitimised an attitude on Wall Street, and within the Square Mile here in the UK, which some argue we’re now paying for.

But beyond that third rate university lecturer’s socio-economic analysis, one thing is undeniable, by god it was a stylish film. Gekko’s wardrobe was of course designed by Alan Flusser, doing for him and his reputation what The Great Gatsby did for Ralph Lauren. Of course he didn’t create the look, it’s hallmarks of braces, white collar and cuff shirts, pinstripe suits in dark colours was a part of the culture of the Square Mile long before the film. But he certainly summed it up, captured it for posterity, and in the guise of Gekko breathed new life into it, making it – for want of a better word – accessible.

From what I’ve seen, this latest film has a new and very definite look, one that retailers have been quick to pick up on.  Back in June I got an Autumn/Winter collection preview from distinguished family owned tailors – and one of my favourite outfitters – Ede & Ravenscroft. I was hoping to provide pictures before now, but as it happens, the launch of Wall Street II has made this very apt. Their Boardroom Collection pays homage to Gekko’s new look, the keystone of which is the single breasted suit with double breasted waistcoat. I have to say that this has long been one of my favourite styles of suiting, and far from easy to get – off the peg anyways. While the new film doesn’t invent the look or the suit, it seems more than likely that we will see more of it; which may or may not be a good thing, depending on your point of view.

Sequels never quite fulfil the hype or the expectation, but for those of us interested in matters sartorial, I suspect this film is likely to generate discussion.