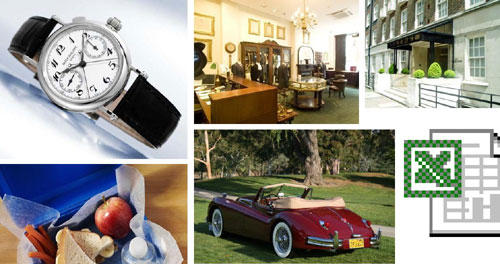 The Patek man is one who has always been prepared to wait. He patiently saved for his Knightsbridge flat when paying next to nothing in rent for a shoebox in Hounslow. He made do with altered M&S suits for years until he had amassed sufficient funds for a couple of decent three-pieces from Henry Poole. And when some of his old school friends were out lunching in Michelin starred eateries that they could ill afford, flicking back their double-cuffs to dazzle Polish waitresses with their newly bought Rolexes, the Patek man sat by his desk eating his home made sandwiches, happily scrolling through the Excel spreadsheet of his ‘Patek fund’ which he had been steadily adding to, each month for the past five years. Other men had settled for less; they couldn’t wait for Knightsbridge and ended up in Battersea, they couldn’t wait for Savile Row and now bought at Aquascutum. The Patek man, proud of his self-restraint, wears his timepiece with care. However, he is still absent at the lunches, the dinners and the parties – he is saving up for a modified XK140. 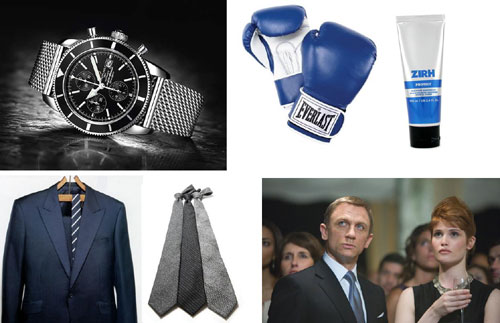 The Breitling man isn’t a brute, but he’d like to be. He has an expensive gym membership that includes a weekly session with an experienced boxing trainer. He shows off his cuts and bruises whenever he gets the chance. He craves a cool masculinity in his style; slick, made-to-measure grey or blue two piece suits (waistcoats, in his opinion, are far too fussy), white and blue shirts and dark grey ties. He yielded to a white linen pocket square fold a year ago. His chin is stubbled and his skin, though secretly moisturised by Zirh, is swarthy and always tastefully tanned. His Breitling SuperOcean Heritage timepiece is a masculine hunk of metal with a cold steel strap and a severe black face – contrasting with his tanned, moderately hairy wrists. When asked why he hadn’t selected the Omega Seamaster 007, which many considered to be the most appropriate watch for such a Bond fanatic, he laughed derisively and responded rather more seriously that Bond would “…never have worn a watch with his agent number flying around on the second-hand.” 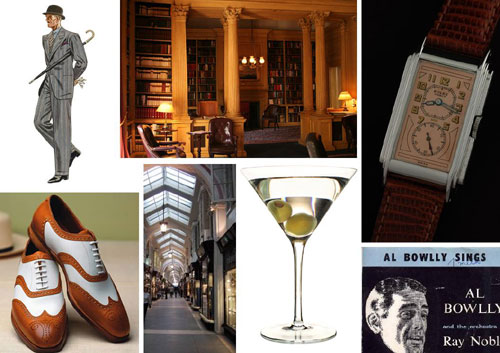 The Vintage Rolex man spends as much time in his genteel Pall Mall club as possible; it’s the only place he knows that hasn’t dramatically changed since the 1930s. Though being a mere 42 years of age he never actually knew ‘the age of glamour’, still he has a strong affinity with the era that extends to his music choice (Al Bowlly), suits (vintage Savile Row), shoes (always co-respondents) and even his watch, a vintage Art Deco Rolex. Unlike some others, the Vintage Rolex man actually uses his timepiece. When it hits seven, he makes his way to the bar from the reading room and orders a dry martini – a drink he forced himself to like when he first saw ‘It Happened One Night.’ It is not the only watch he owns (his wealthy family once bought him a Vacheron Constantin and he inherited a rather vulgar Rado from a doting uncle) but it is the only one he wears. Consequently, he has to wait and browse the jewellery emporiums whilst the helpful vintage Rolex specialists in the Burlington Arcade service his treasured timepiece. 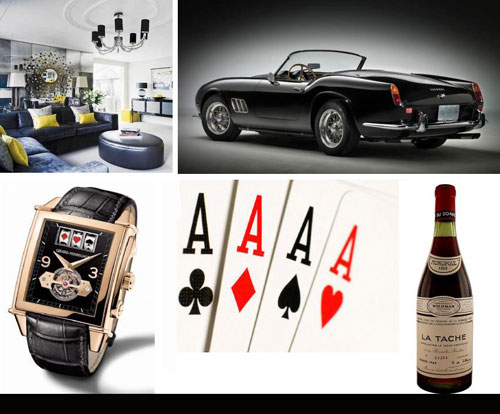 The GP Tourbillon man is barely 25 and yet he was born to the kind of Astorian wealth that makes mere multimillionaires twice his age wince in envy as he draws up alongside them in his father’s priceless 1961 Ferrari 250 tapping his hand on the wheel, revealing a ‘complication’, worth nearly half a million pounds, that is part Swiss ‘haute-horologie’, part Las Vegas swank. He rolls up the cuffs on a suit that was ‘personally’ designed by Karl Lagerfeld and pushes the pedals with a one-off pair of Yamamoto trainers that he bought at auction for £8,000. This is how the young, entitled and foreign born billionaire likes to do things – individualism with a twist of pop culture cheek. He shuns his father’s recommendations on a career with his metals company, opting instead to back his poker playing friends in worldwide tournaments. He chooses not to occupy his allotted bedroom suite at the family residence in Kensington Palace Gardens but instead, much to his father’s bemusement, shacks up at a huge funky penthouse in Shoreditch where he entertains his few London-based Princeton friends with high stakes poker tournaments (he himself, despite his passion, is a dangerously poor player) and rare wine tastings (with bottles looted from his father’s cellar.)