What Is Wrong With Men 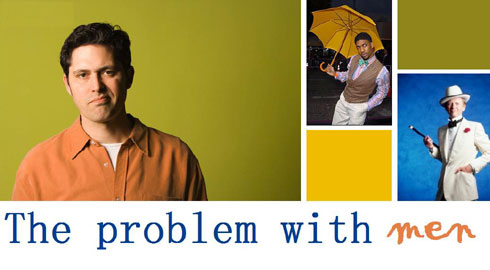 “There go those rules again!” sang Connie Francis. And boy, have I felt her exasperation throughout my life. I am not a principal enemy of rules as I believe in their indispensability in an ordered society; rules are generally for the good of the majority. My ‘rule twitch’ is a physical and psychological event that occurs when I react to the proposition or promotion of a rule that displeases me; why the displeasure? Well, it is probably because the rule, though it benefits the majority, actually inhibits me. I prefer to think of the reason of rule rather than the rule itself; aside from the amusing and quirky, and often forgotten, ‘laws’ of society, most rules have a reason based on a belief.

Even in clothing, rules have their place. Most frequently cited, the use of black cloth in evening dress for gentlemen was based on the belief that it offset the magnificence of the women’s dresses much better. Anyone turning up to a ball in anything other than this well-regulated form of dress was shunned; the reason for the uniform remains, the rule remains relevant. However, as useful as sartorial rules are when the core reason for their being – the belief in an ideal aesthetic – remains, they are, I find, something that men hide behind far too often.

Compared to the energetic and aesthetic driven attitude of many women, men are shamefully reticent, reluctant and actually rather feeble. Whereas women embrace, where style is concerned, men are sceptical; where women hope, men often withhold. A woman trying on a rare and unconventional shoe style in a store attracts feminine eyes of admiration and envy; the minds behind those pairs of eyes are sometimes mired in self-doubt but rarely are they objectively critical of the possibility. A man in the same position usually attracts sniggers of insecurity and frowns of disbelief; men are often so self-confident in their own lack of confidence that insecurity often comes across as crass arrogance.

It’s no wonder in a society that assumes artfully clothed men and manfully attired women are homosexual that experimentation with clothing, among fellow men, is akin to a social faux pas. Men I have never initiated conversation with reveal onion-like layers of insecurity and ignorance with words like; ‘Dodgy ‘at mate, dodgy ‘at.’ I have met some relatively coarse women but, though they can still be rather unworldly, they are more likely to spring to my defence than join in attack. Is this something to do with the legendary female imagination? Are females simply more capable of appreciating difference than men?