Why Retro Style Will Always Win 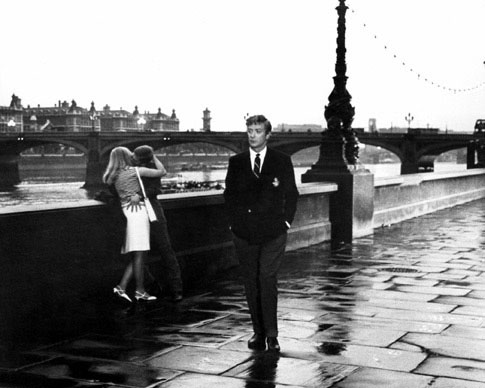 One of the things you can be certain of, aside from a visit from the grim reaper and the tax man – who are, in many people’s books, one and the same thing – is that fashions will always change and will inevitably provide much mirth and embarrassment once they have ceased to be the vogue.

It is said that the strangeness of fashion increases in direct proportion to the time elapsed since its peak. A good test is to watch movies filmed ‘in the current day’ of varying vintages; 5, 10 and 15 years old. Suddenly, that romantic comedy that you watched with your first girlfriend that you remember having some pretty sharp suits is actually filled with badly sagging jackets; the courtroom drama that you thought had some interesting ensembles is actually chock full of the era’s sartorial clichés.

Looking back at recent fashions is actually vaguely horrific; like gazing on Dorian Gray’s attic-confined portrait, you see the sins of vanity. Looking at current fashions is less galling; many see things that are as the way they should be – and should have been – because they are of that moment. After all, all fashion makes sense at the time that it is the fashion.

However, despite the allure of pure ‘fashion’, cultivating a personal, retro-influenced style is nearly always preferable to blindly following the path of fashion’s extremes, the stock of which will inevitably end up in the world’s dustbin as an embarrassing, albeit fascinating, collection of the capriciousness of the human race.

‘Retro’ or vintage work so well because they remove the textbook, purely contemporary aesthetic from an individual’s style. Wearing a 1930s or 1970s style suit is a fashion of itself, but when worn in an idiosyncratic manner with a mixture of contemporary accessories, ‘fashion’ is no longer the most apt description of the ensemble. One of the most inaccurate compliments I receive is that I am trendy. Aside from my slim-fitting trousers, which will certainly date eventually, most of my clothes are not cut in the manner of high-fashion.

If I am trendy, it is pure coincidence. I like some elements of fashion – and think it important to adopt some of the better things from contemporary clothiers wherever possible – but these choices are based on a neutral appreciation for cut and style, not worship of fashion. A classic, and frequently referenced, example of the rejection of fashion and deployment of a vintage style is the 1960s man-about-town Bunny Roger, who dressed in a formal Edwardian fashion at a time when men were wearing suits with skinny lapels and winkle-pickers.

However, the wholesale adoption of another era’s style – though often attractive and relatively time-proof – ignores a central tenet of the “bulletproof” timeless style, so named by recent birthday-boy and best-dressed list regular Prince Charles; to strive to keep classic looks up-to-date. Little touches like the type of collar you wear, the particular pattern of tie or the type of puff you wear in your top pocket, can lift an ensemble that has seen decades of wear from being purely vintage to one that combines elements of the contemporary with items of the past. Not only does this approach have the advantage of setting you apart from the slaves, it also provides a link between your existence and that of the time in which you exist. I, personally, wouldn’t do it any other way.