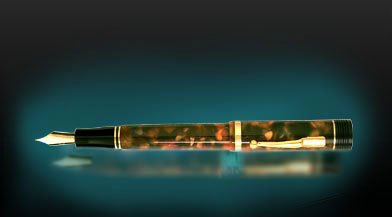 The selection of a fine pen is a personal thing. It’s all about balance, feel, taste and your writing style.  But having waxed lyrical about the subject it would be shameful not to let you know my choice. So perhaps I could have entitled this article practising what I preach.

There are numerous makers around with varying degrees of pedigree, and you might find it useful to do a little research. My father, from whom I’ve acquired my love of pens, favours the Parker Duofolds –the favoured pen of author Sir Arthur Conan Doyle. This love in part stems from my grandfather, whose Duofold dad inherited and still uses. Indeed, it’s hard to think of my father without thinking about his scribbling a hand written letter using my grandfather’s pen.

The default setting for most people I encounter seems to be the Montblanc. A nice enough pen, but to me it has become a bit of a fashion statement these days.

Of course you would be well served if you decided to go for English pen maker Conway Stewart. A company with a distinguished history – and favoured by Winston Churchill – the declining use of fountain pens in the 70’s forced the company into bankruptcy. Resurrected in the 1990’s it is the favoured gift of Her Majesty’s Government to foreign dignitaries and heads of state. Consequently it has been held by some distinguished hands and is the pen of choice for the aspirant statesman. 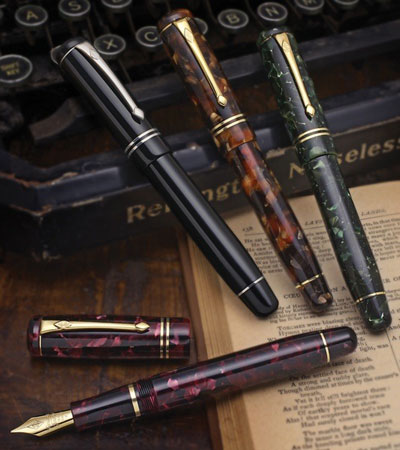 My own choice, and something of an outsider, is Yard-O-Led. An English company based in Birmingham, the company actually started life as two businesses. One, the Sampson Mordan Company, was founded in 1822 and invented the first propelling pencil known as the Mordan Everpoint, which were typically styled in gold and silver. The company was destroyed during WWII. In 1934 a man named Brenner took out a patent for a propelling pencil designed to hold 12 three inch leads – hence the name Yard-O-Led. His business was also destroyed during the Blitz.

But in 1941 Brenner and a long term associate and employee of Sampson Mordan teamed up to resurrect Yard-O-Lead. The partnership proved a success. Using as inspiration the designs of Sampson Mordan the writing implements were styled in the 19th and early 20th century fashion. This styling continues.

What I love about these pens is that you’re getting more than just a bit of resin with a nice nib. Each pen is hand made from sterling silver, and reflects the company’s heritage in fine jewellery. Heavy, distinctive and by virtue of being hand turned no two pens are the same. And should you think “all that glitters is not gold”, I can assure you they write beautifully.