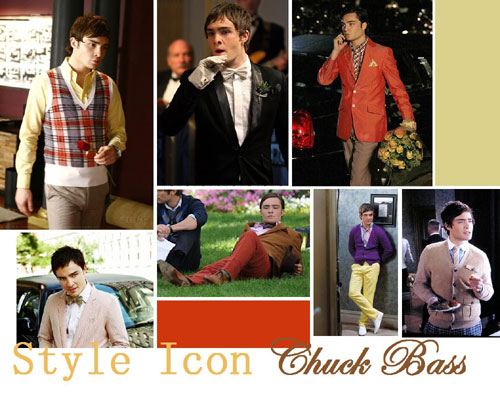 Regular readers might remember a derogatory article I penned about the brand Abercrombie & Fitch – the success of which I attributed, partly, to the strength of its presence in the powerful television series that portray the glamorous but tragic lives of American youth; a formula of attraction that captures the imagination of Americana hungry teens worldwide. The ‘dramedy’ fixture appeals, and is therefore marketed, to young girls. There is very little evidence in these well-packaged productions that young males are a target audience. And, of course, why should there be? Young boys are expected to be out playing sports, surfing, engaging in pubescent banter and chasing girls; there’s little time or consideration for following the boring, made-up lives of cry-babies.

And yet there will be those who, with a willingness to please, catch a few scenes with their girlfriend; there will be those who are more than vaguely aware of the characters names, who’s been with who and who wears the best clothes. The characteristic of many of these shows has been that while the girls can be well catered for in the wardrobe department, with significant product placement and even fashion leadership; Chloe handbags, Juicy Couture tracksuits and Paul Frank t-shirts, the boys are – aside from a few cult preppy brands – A&F, Penguin and Fred Perry – uninspiring and rather ordinary. Marketing is a huge part of these programmes. In fact, some programmes are so blatant as to even mention the designers during an episode – a brutal kind of marketing that angers some parents who are press-ganged into making these child-pleasing purchases.

However, the chief problem, in my view, with acceptance among young school-age boys and girls, has a lot to do with timidity; boys don’t dress in ordinary, ugly clothing out of any sort of pride but fear – a fear of being unconventional, of constituting something girls might consider odd or even threatening. Popular culture wields a mighty hand in dictating fashion; it’s no surprise that in the UK thousands of girls began to ape the cutesy short-skirted, pigtailed image of Britney Spears in ‘Hit Me Baby One More Time’ after only a few bars of ‘Oh baby, baby…’ It is therefore encouraging that the hit television show Gossip Girl, about the sheltered, seemingly perfect lives of young Manhattan socialites actually features a positive male style role model for any transfixed teen; it matters not that gazing at the screen are mostly hearts-a-fluttering young girls, sighing and blowing kisses, the exposure of such style to an audience so used to a style aesthetic of printed t-shirts, skater jeans and Converse All-Stars is a positive thing; I can imagine the love struck young ladies sighing up and down the country; ‘I never thought bow ties could look so cute.’

Chuck Bass is without doubt one of the most popular characters on Gossip Girl. And alongside his devilish good looks, precocious cynicism and intimidating manner, he also attracts a huge amount of attention for his sartorial style. Of course, some say, he’ll look good in anything – but that’s hardly the point; the point of this particular form of style leadership is that items of attire youths previously associated with out-of-step fathers and grandfathers now have a completely different association; you can guarantee that an observant, self-confident young man somewhere will walk into a house party to whispers of respect and admiration rather than ridicule; ‘Look’ the girls twitter ‘he dresses like Chuck Bass.’

There isn’t really a signature look for Mr Bass. He certainly loves using colour, wears shoes rather than sneakers, embraces supposedly ‘poofy’ materials like silk, cashmere and velvet and though there is always a trend-twist to his ensembles, his overall look promotes good grooming and an appreciation of detail. Some might dismiss the looks as typical American prep; the sort of preppy aesthetic Ralph Lauren has advanced since the mid-Sixties. However, Bass is no stiff, Brooks-Brothers-of-old cut-out; there is a charm and energy to his exciting ensembles that reveals an inner confidence bordering on priggishness. Most know-it-alls in teen dramas are vilified; made out to look shallow, geeky and ultimately unattractive but Bass has depth. Bass manages to turn up in a bow tie, powder blue suit and sockless loafers, sip a cocktail and deliver cruel putdowns in the manner of Max Beerbohm – an unlikely crush perhaps, but the result is generally irresistible.