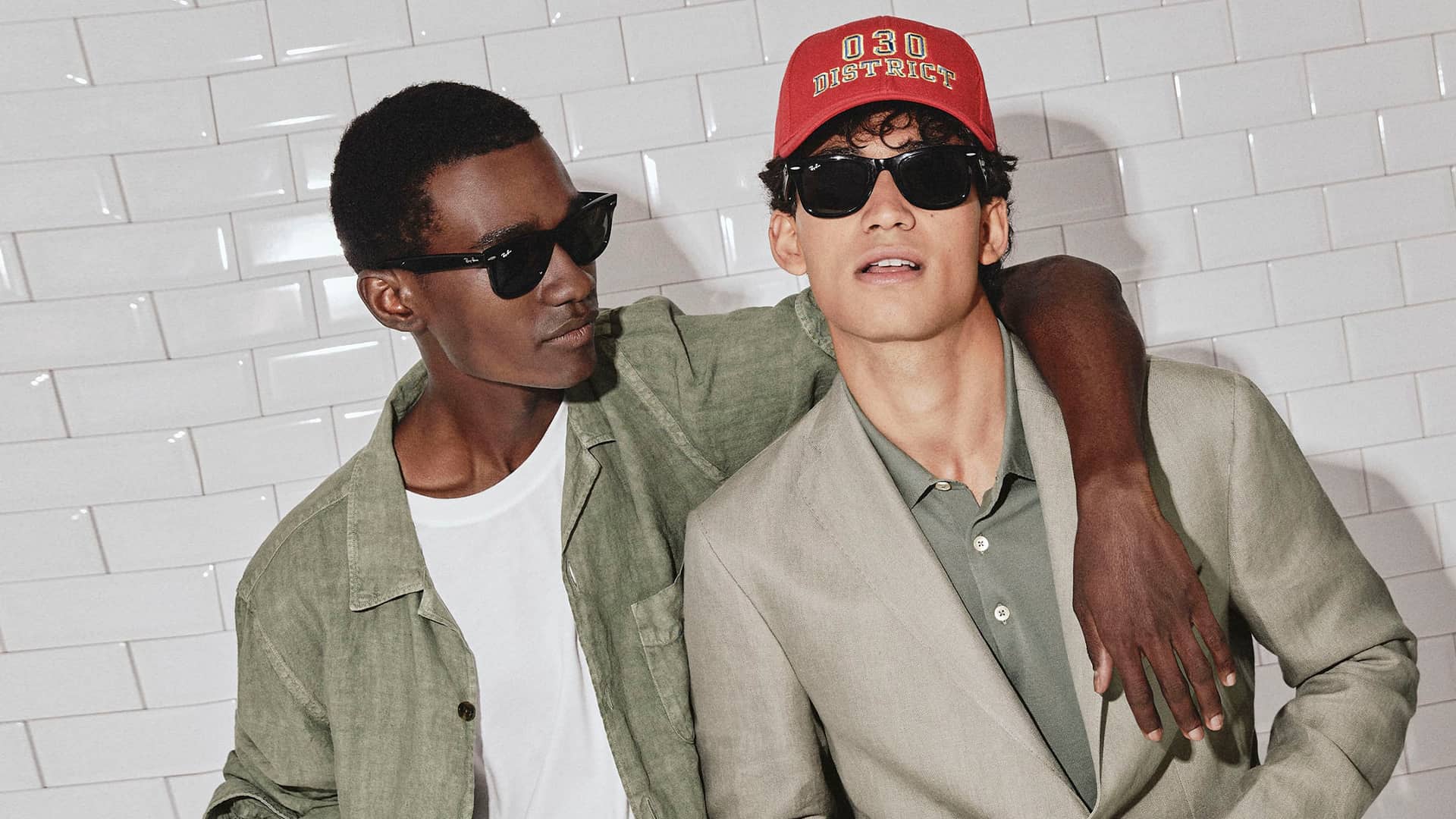 What Colours You Should Wear (And Avoid) For Your Skin Tone

Take the guesswork out of getting dressed by learning exactly what shades work for your complexion and why.

If fashion were a piece of music, colour would be the melody. It’s the element that gives clothing its character and brings outfits to life. It evokes certain emotions and feelings, and can even influence people’s perceptions. Understanding how it works and harnessing that power is one of the fundamental skills of dressing well, and knowing how to pick the right colours for your skin tone is step number one.

You probably already have a few colours that you feel don’t look right on you, after trial and error. Subjectivity and personal tastes can account for some of that, but skin tone plays a huge role in determining how different hues appear when you wear them. Knowing which ones complement your complexion and which ones don’t is the difference between being able to piece together outfits you know will work and taking shots in the dark.

In this guide, we’ll take a look at five key skin tones, breaking down what works for them (and what might not). We’ll also delve into how to find your skin tone if you’re unsure. But first, let us preface this entire article with a friendly reminder that there are no hard-and-fast rules to fashion. If you like it, wear it. If you think it looks good on you, wear it. If it makes you feel great, wear it.

Think of this as a cheat sheet rather than a rule book – a handy guide you can refer to if you’re stuck, as opposed to something to live by religiously.

What is skin tone?

Skin tone is the name given to surface skin colour. This is different to skin ‘undertone’, which is to do with the underlying colours of the skin, and is usually categorised as either cool, warm or neutral. Skin undertone is important for things like makeup, and although it does play a part in how certain colours of clothing appear, overall skin tone is arguably more when getting dressed each morning.

Skin tone is dictated by the amount of melanin in the skin and is an extremely broad spectrum. Skin tone ranges from translucently pale to brown so dark it appears almost black. There’s obviously a great deal of variation between these two extremes, but generally all skin tones fall within one of the five categories broken down below.

How to determine your skin tone

Finding your skin tone isn’t exactly rocket science. As long as you have a natural light source and a mirror, you can make a pretty accurate assessment based on appearance alone.

There are other helpful indicators to consider too, such as how your skin usually responds to the sun. If you burn at the mere mention of a summer’s day, you likely have pale or fair skin. If you almost never burn then your skin is likely of a darker complexion with more melanin pigment.

Pale skin is the lightest of all the skin tones. It comes in various shades of pinkish white, is prone to blotchiness and doesn’t take too kindly to the sun.

It’s most common in people of Northern European descent, and certain colours can make it look ‘washed out’.

The goal is to avoid making the skin appear any paler than it is naturally. With this in mind, dark colours tend to look best. Rich navy, emerald green, maroon, royal blue and burnt orange are some good examples of dark shades that will work well with this skin tone.

Neutrals can work nicely too, but be sure to mix them in with darker pieces for contrast.

Colours to avoid for pale skin

Any all-black or all-white outfit is best avoided if you have pale skin. Pastel shades are notorious for washing lighter skin tones out too, although they can still look good if they’re used sparingly and offset by darker shades.

This skin tone has more colour than pale skin, with slightly darker shades. It tans relatively well in the sun but is still susceptible to burning due to the lack of pigmentation.

Like pale skin, it has its origins in Northern Europe.

Pastels, neutrals and earth tones can all look great against light skin, but avoid leaning too far in any one of these directions. Instead, mix it up, experimenting with contrasting colours to form a balanced, cohesive look.

Black, white and various shades of grey can be used as the building blocks of your wardrobe, as all will work with your complexion and form a foundation upon which to get more creative with different colours and tones. You can even try out some monochromatic looks if you want to keep things simple and stripped back.

Colours to avoid for light skin

Some bright colours don’t complement lighter complexions. This type of skin is prone to redness and pink undertones, so bright reds, purples and pinks can accentuate this and make it appear more apparent.

It’s also best to steer clear of colours that are overly similar to your skin tone, as these can make you look washed out. We’re talking light pinks, light neutrals and nude shades – they can still be worn, but in moderation.

Sitting in the middle of the skin-tone spectrum, olive/tanned skin is most common in people of Mediterranean, Southern European, Asian and Latino descent. It tans easily and is less prone to burning than lighter skin tones that originate further out from the equator.

It’s a colour many people with lighter skin strive for with fake tan and foreign holidays, and while it does have a glorious sun-kissed look to it, there are still a few things to bear in mind if you want to look your best.

The good news is that there aren’t many colours that won’t look great on you. Dark, rich, autumnal shades will complement your complexion beautifully, as will bold primary colours, powdery pastels and classic neutrals. It’s more or less a case of anything goes.

Whatever colours you choose to deck yourself out in, make sure your overall outfit is well balanced in terms of the different tones and shades. Contrast is good, so use it to your advantage.

Colours to avoid for olive skin

Again, there isn’t much that’s off limits here, but it’s always a good idea to avoid colours that are too close to the colour of your skin. Olive and tanned complexions often have yellow, green or brown undertones, so you may find that some of these shades can almost appear ‘nude’ on you and don’t create enough contrast.

Other than that, you have carte blanche to get creative.

Ranging from light to moderate brown, this type of skin has more melanin pigment than lighter skin tones. It tans very well and rarely burns at all.

Lots of colours look great on this complexion, but there are still a few that are best avoided.

Where the brighter colours are concerned, it’s best just to work the odd statement piece in here and there, as opposed to building an entire wardrobe of headache-inducing technicolour madness.

You can use plain, neutral shades to anchor a look, and louder pieces as accents.

Colours to avoid for brown skin

Most colours look great with brown skin, but navy and shades of brown (too close to your own complexion) can clash. If in doubt, avoid them in favour of lighter or more vivid alternatives (think cobalt/royal blue and tan/camel, respectively).

Dusty pastels tend not to work as well with this skin tone either. Instead, stick to bolder, brighter hues and rich, deeper tones.

The darkest skin category ranges from moderate/dark brown to almost black in appearance. This is due to very high levels of melanin pigment.

This skin type is much less likely to burn in the sun (but that’s no excuse to skip the sunscreen).

As with brown skin, bold colours will look great on you, but use them sparingly. Light neutrals like beige, sand and stone can work very well too, particularly as part of pared-back tonal outfits.

It could be a good idea to opt for softer off-white shades over stark white, to dial the contrast back a touch. That said, a white T-shirt is always going to look good, so if you ooze confidence, just embrace this timeless aesthetic.

Colours to avoid for dark skin

Black and navy can still look good but avoid composing entire outfits from them. These dark colours are similar to some of the tones and undertones in your skin, so it’s better to mix them in with lighter or bolder pieces for balance. 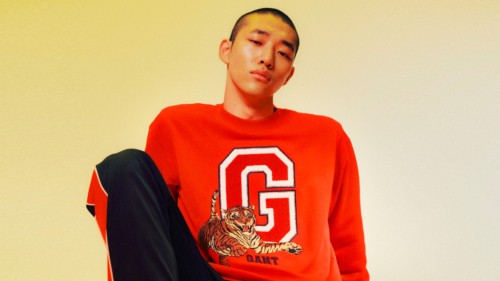 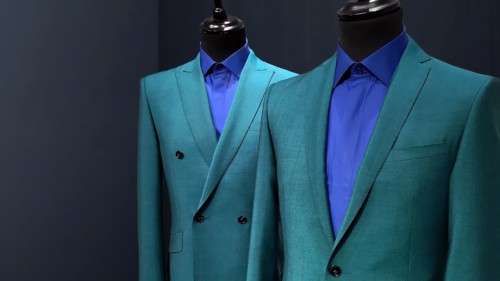 The Ultimate Guide To The Mohair Suit 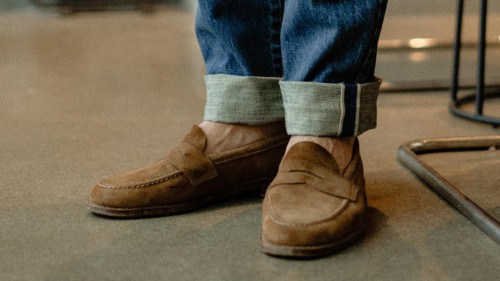 Jeans & Shoes Combinations: How To Always Get It Right 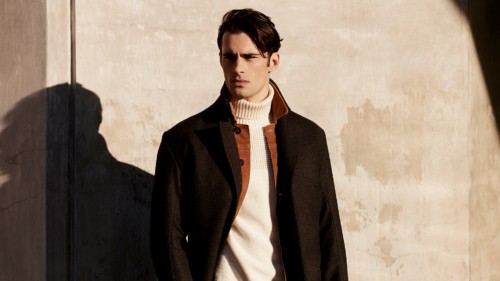