The Real Collection of Essential Shoes

Esquire magazine recently came up with a list of 8 pairs of shoes that “every man should own.” Intrigued by the insistence of this article’s headline, I was nevertheless disappointed with some of the, rather obviously, ‘advertorial’ choices.

The first selection was inevitable; black Oxfords (which Esquire felt the need to classify as ‘lace up’ – what else is an Oxford?) However, it’s hard to dispute the primacy of this shoe.

The second selection was also not entirely mad – tan derbies – although they had incorrectly pictured tan Oxfords. The third was also passable (brown brogues) although the pair they suggested from Ted Baker were rather too trendy to be an ‘essential’ shoe that ‘every man must own.’

The choices start to disintegrate at four, which is unhelpfully broad: ‘a proper pair of winter boots’ – which sounds more like a grandmother’s commandment than a model of footwear. Firstly, the suggested boots were about as ‘proper’ as Miley Cyrus. Though the copy boasted that they’d be appropriate for both walking the dog and ‘scaling the great outdoors’ (whatever that means) the Redwing boots pictured were more appropriate for hipster nights in Soho than crawling up the Eiger.

It gets more hipster at choice 5 with suede desert boots – really ‘every man should own’? – recovers a bit at 6 with deck shoes but then declines rather seriously at 7 and 8 with the weakest suggestions of all: trainers. The first suggestion are barely acceptable – timeless trainers in plain white. Yes, these are useful for sport – casual tennis matches with friends – but it’s frankly irresponsible to encourage the saddening decline of male elegance by recommending trainers.

The last choice is a laughable add on, an afterthought of a tacked-on advertising brief; ANOTHER pair of timeless trainers. This time, instead of white, they recommend a Navy and Grey pair from New Balance. Why? ‘Because they’ll look great with everything.’ Everything? Really? How lazy.

I was so disappointed with this list that I thought it best to provide my own recommendations. In addition to the black Oxfords which are a safe choice, I would advocate the following:

Every ‘essential’ shoe collection should include at least one pair of loafers. Ideally, these should be something other than black. I have always had a pair of brown or burgundy loafers in my wardrobe, using them for both office wear and weekend casual. The key is to wear tapered trousers or jeans with no break; wide legs, breaks and loafers do not mix. 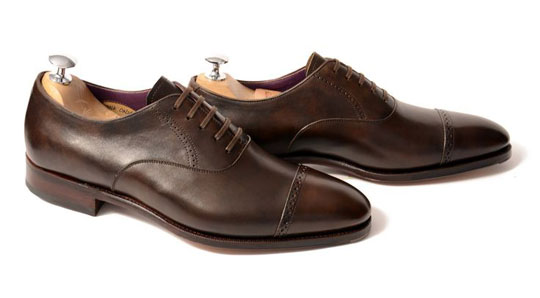 Dark brown shoes are undervalued. There are so many colours of suit that work better with browns than blacks. Chestnut and tan are the most common choices of brown shoes, and they are also indisputably ‘essential’ colours for any proper collection, but dark brown are smarter and arguably more formal and boardroom-appropriate. 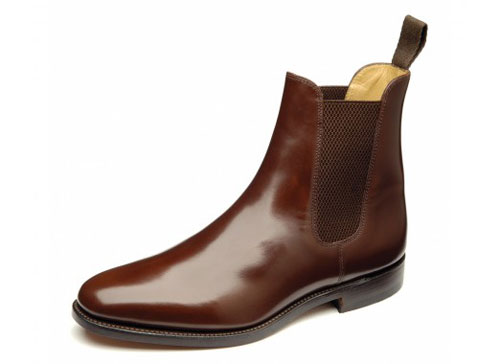 Chelsea boots are the best style of gentlemen’s boots for winter warmth and comfort. They’re entirely inappropriate for climbing the Alps, so don’t think these are multi-purpose. They’re good enough for a dry-ish country walk but anything else is unsuitable. Save for cosy, casual weekends. 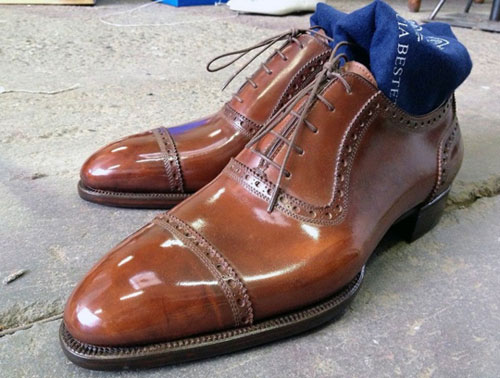 Chestnut Oxfords are entirely acceptable but I have always thought they seem rather half-hearted. Semi-brogues, however, have a little more ‘punch’ to them and are a little less formal, a little more country. They work really well with both navy and mid-blue suits and tweed, as well as grey flannel trousers and blazers.