I see that you are a connoisseur of Southern-style clothing. I have a very important question that has been causing quite a stir lately and I would like your opinion on it.

I’m the President of a marching band in Covington, LA (about thirty miles away from New Orleans), and our band is very famous in our area, especially during Mardi Gras as we march in six parades, three of which are in New Orleans. What makes us so famous is our style of music (funk, of course, with a little bit of pop) and the fact that we dance just as much, and just as well, as we play. We are known for this, and as we march down streets like Canal St. and Napoleon Ave., people always ask us to dance, or “lay down the funk” as we like to call it. But we are just as equally known for our uniforms. While every other band wears the traditional “marching band uniform,” we wear something completely different. 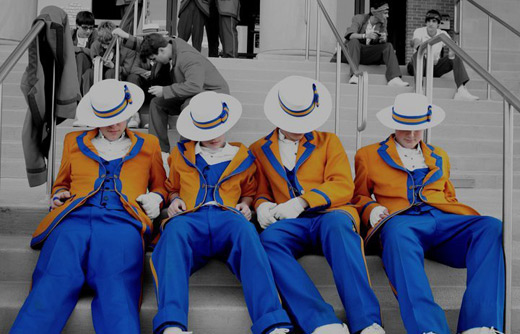 We have always been known as the Southern Gentleman Band, as well as by our official name, the Marching Wolves. While our Drum Majors wear white tuxedos with blue and gold vests (our colors), the band members proudly wear a blue and gold suit with our famous Panama hat. It is part of time honored St. Paul’s School Band tradition that spans forty years. It’s what separates us from everyone else, and our members take a lot of pride in it.

Over the years we have undergone a few uniform changes. In the 1970’s and 80’s we sported plaid pants, and somewhere in there we also wore ascots. This year marks the 100th anniversary of our school, and we are getting brand new uniforms for the occasion. The uniform itself remains almost the same, but we are having issues with finding an affordable, aesthetically-right hat. Our current hats haven’t exactly won the test of time and have been really beaten up. The new proposed hat is a fedora, thus ousting the forty years of wearing Panama hats. Although just a hat, trading our southern-style hat for a new, cheaper, and possibly more durable fedora has raised quote a lot of controversy with our local school community, alumni, and current band members. 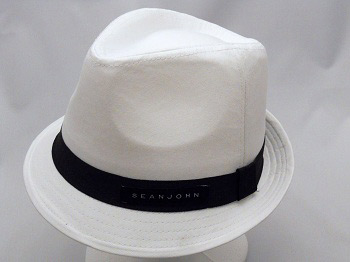 So to get the point, my question is this: does going from a Panama hat to a fedora diminish our southern-style uniform? What are your opinions?

A Panama hat is a traditional straw hat (actually of Ecuadorian origin) that is popular in tropical climates because it is light weight and breathable. The impression of the Panama hat as a “Southern” hat stems from its utility as an appropriate accessory to the summer-weight suits worn in the sweltering heat and humidity of the American South. I expect many style-aficionados might find fault with wearing a summer hat during Mardi Gras in February or early March; however, I would not throw away forty years of school tradition on that technicality alone.

I’m frankly not a big fan of the proposed white fedora. From reading the comments on the Facebook debate, it appears that many others are not fond of it either because it looks cheap, would not be as breathable during strenuous marches, and is a break from tradition. I gather from the other side of the debate that the Panama hats are too expensive and not durable.

One option that may not have been considered is the straw boater. I wrote about them last spring at my blog, A Southern Gentleman. A straw boater has a wide brim similar to the Panama. Straw boaters typically include solid or striped ribbons that could accomodate the school colors. And since a boater is made from layered stiff straw, it would likely be more durable than a Panama hat.

For something completely different, you might consider a porkpie hat. Again, I wrote about porkpie hats last spring. I mention the porkpie hat because of its association with jazz and blues musicians. If you decide to depart from the Panama hat, the porkpie might fit your “funk” style better than a fedora.

This is certainly a curious and unique question. I will look forward to our readers’ opinions and comments on the matter.