Owing to a failure of internal monologue I’ve been publically rationalising what my next bespoke suit purchase should be. This is the final posting in this series, and I’m debating whether to go for a grey or navy chalk stripe suit, which I’ve termed Italian Cool and City Slicker respectively.

The concept, or rather the differentiation of the two suits by colour alone, may seem a little weak. Looking at it from the purely technical point of view, it is. A grey chalk stripe is really no different from the blue one. But, as we all know, styles and types of clothing invariably come with a certain amount of baggage. A blazer is a blazer, but an Italian blazer is a very different beast to an English blazer, and you’d expect the respective wearer to be two very different types of people, wouldn’t you?

In that way I think of the two suits in very different ways and the question is which version do I wish to be associated with. While I have no statistical data to prove my assertion, I feel fairly safe in saying that the navy blue suit is the modus operandi of the Englishman. For the Italian male it is the grey suit. Blue to me signifies purpose and severity while grey is a blank canvass upon which you can project any image, and no other peoples on earth rock a grey suit quite like the Italians – the agony of choice. 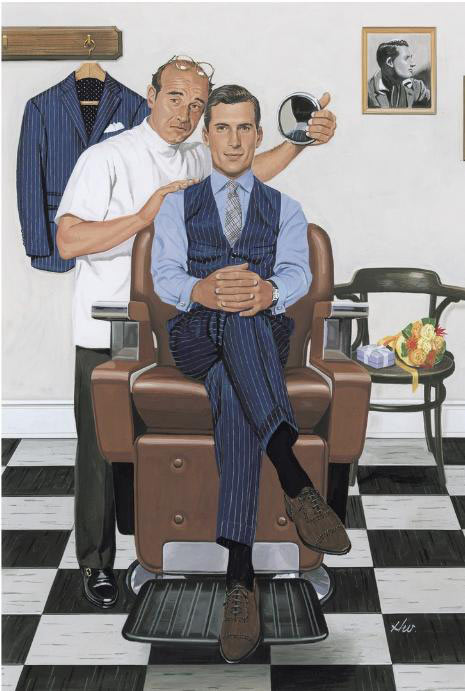 To me a navy chalk stripe is the classic uniform of the City gent, and by that I mean the gentleman bankers of the old Square Mile. While those gents don’t necessarily exist today, that image is a powerful one. And if you find navy chalk stripes anywhere it is in London’s financial centres. 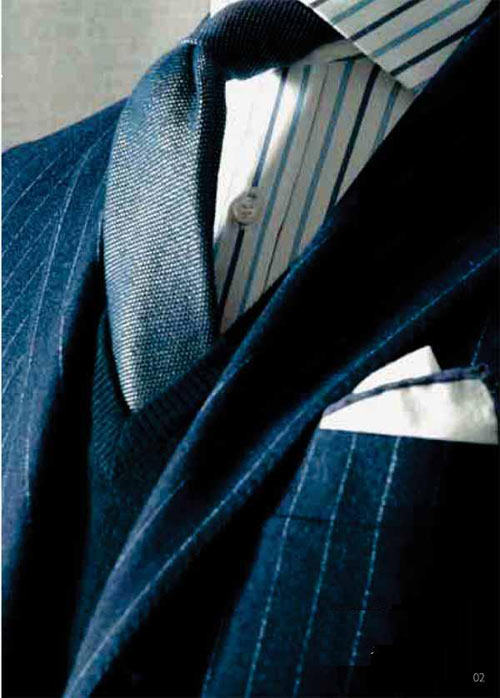 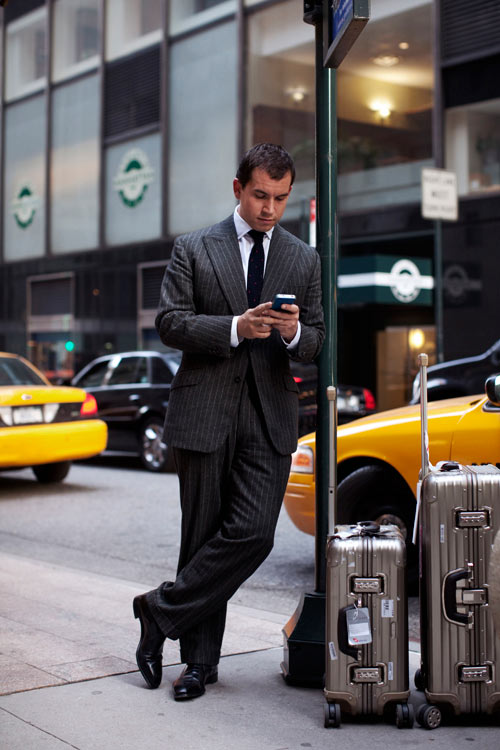 The irony of using a picture of an Englishman in New York to illustrate my Italian Cool concept is not lost on me. But it wasn’t until I read the caption accompanying the picture on The Sartorialist that I realised this chap wasn’t Italian. But to me this look sums up the understated and relaxed air that the grey chalk stripe can give off in the right hands when made in the right way.

I’ve always thought of grey suits as somewhat vapid and nondescript –grey suits for grey men. But as I’ve aged my attitude has mellowed. That mellowing has been aided in no small part by the internet. Treated to a diet of images showing just how soft, clean and simple Italians can make a grey suit seem has opened my eyes. This is also a feature of Italian tailoring which tends to be less structured and less rigid than its English counterpart.

So, those are the two concepts currently floating around inside my mind. In terms of cloth, both suits will be a chalk stripe on flannel, in keeping with the new season trends I highlighted a while ago. If I go for the grey I’ll seek out an Italian tailor, probably Nino Santoro’s father, and look for soft tailoring and a spalla camicia shoulder. If I go for the classic English navy option I’ll use Lloyd Miller, and look for heavier interlinings and more structure. Both tailors are old friends of BespokeMe and charge roughly the same price, around £600 upwards depending on cloth.

Of course, this is all dependent on me deciding whether to go for the blue or grey.