For reasons I can’t explain I seems to have the greatest trouble dressing a Blazer. This may sound an odd admission given that the blue blazer is about as flexible a garment as you can conceive, and why it is generally recommended that every man has one. 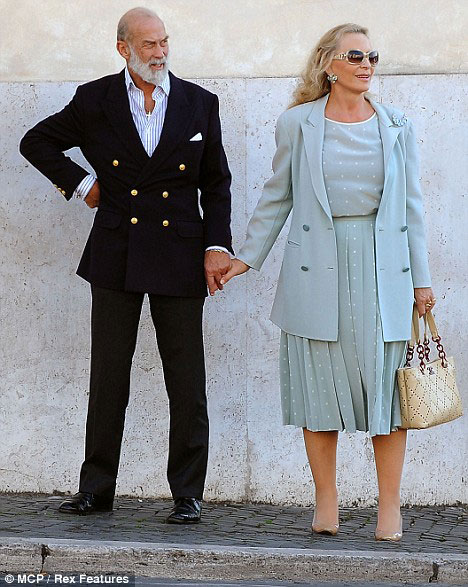 Being an Englishman my preference is for the double breasted blazer, which is the direct descendent of the original jacket created by the crew of His Majesty’s Ship Blazer.  The advice that every man should have one in his wardrobe is, in my view, sound. You can’t deny that the Duke of Kent in the picture above looks elegantly turned out. 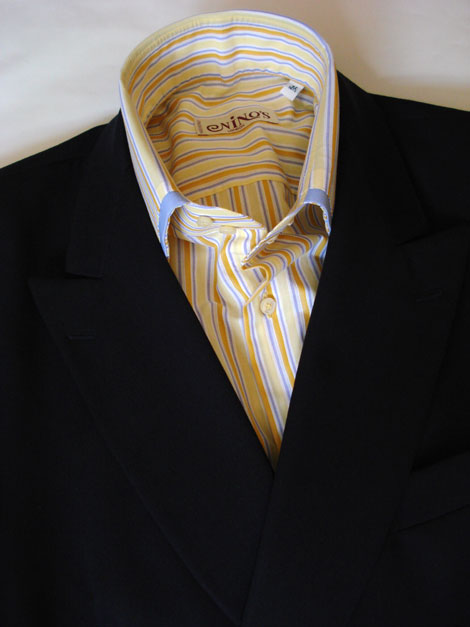 I have no problem wearing it with jeans and chinos – particularly bright coloured chinos – for those semi-formal occasions when a suit and tie is overkill and jeans and jumper bad form. It looks great with one of Nino Santoro’s big collar vibrant shirts –which has become my default setting. 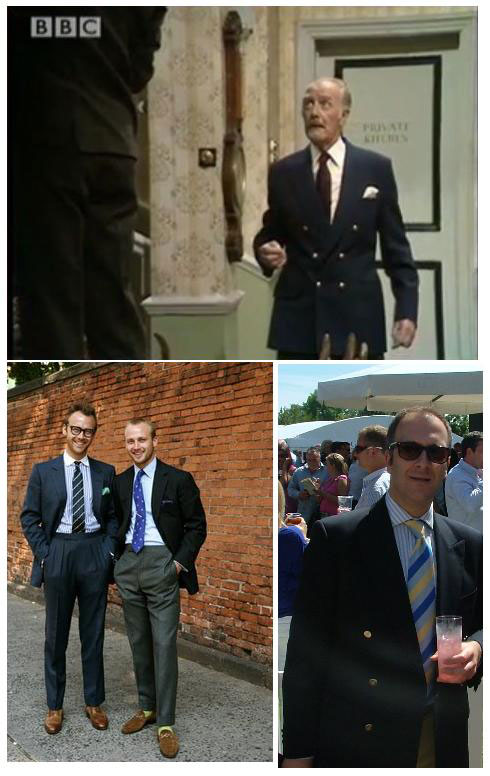 My problem comes when I try to dress the blazer formally. My aim is to look like the two jokers above – who you may recognise as the creative impulses behind Barker Black. However, so far I always end up looking like the Major from Fawlty Towers. My effort at Goodwood is proof. The problem is that being a youngish man of thirty (ambitious), it is difficult to get that sense of tradition and easy formality, while at the same time not prematurely ageing myself.

Now it may be my selection of the double breasted blazer that’s getting me into trouble. As garments go it does come with some baggage, in terms of it being the uniform item of old boys retired from the Armed Forces, but it shouldn’t be that hard, should it?