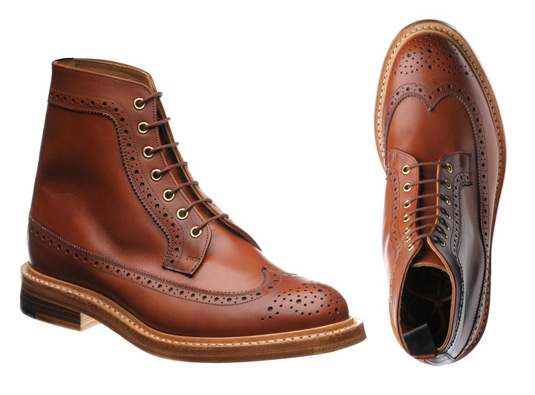 These beautiful boots are the latest edition to my wardrobe. You may be thinking this is the wrong time of year to acquire boots, but here in England it’s been known to snow during Wimbledon fortnight. Living in the upper portions of the northern hemisphere anytime is a good time to acquire a pair of boots.

Called the Froswick, they’re a long-wing brogue featuring high grade calf leather with a natural edge and storm welted sole. Ideally suited to those in search of a robust well made country boot, or urbanites hoping to add an English touch to their American work wear look, they’re made by Tricker’s expressly for Herring Shoes.

I’ve been after a solid workman like boot for an age, but couldn’t come to the point of decision. Having test driven these ones all week I couldn’t be happier, and not necessarily for the obvious reasons.

As a kid I was fat and subsequently I’ve spent the better part of my life dieting and gymming – which I hate – simply to maintain an unsatisfactory equilibrium. Everything I buy from suits, shirts, to knits and coats is about making me look slimmer, trimmer, thinner and smaller. This fixation extends to footwear. For example, I predominantly wear loafers as opposed to Oxford’s or Derby’s, and prefer black and brown suede over leather. Both of these things have a slimming effect, black suede in particular makes your feet look smaller.

So to have a boot that provides such a sense of weight and solidity with strong prominent welts is utterly counter-intuitive. And yet I am utterly addicted to these new boots. To give you a sense of what I’m talking about you have only to look at the picture below of fellow Herring Shoes enthusiast, TV presenter and biking best mate of Ewan McGregor, Charley Boorman. Both men are well known here for having ridden their bikes around the world and through Africa in two rather enjoyable TV series, Long Way Round and Long Way Down, both worth watching if you have a chance. 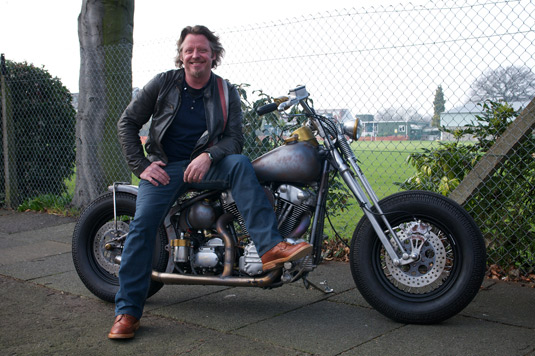 After my recent jeans debacle I went out and bought half a dozen new pairs of slim fit and straight leg chinos and jeans. I hadn’t expected these boots to sit well with my new slim trousering, thinking the visual scale would be all wrong. But, the exact opposite has turned out to be true. While providing something of a contrast, the overall effect is to emphasise the slimness of my legs, while providing balance between the legs and torso, which has the overall effect of deemphasising my size. An unexpected and delightful bonus!

We men are creatures of habit. Sometimes those habits serve us well, but other times they can close doors and limit options.

As Messrs. Boorman and McGregor would no doubt testify, it pays for a man to occasionally step outside of his comfort zone.