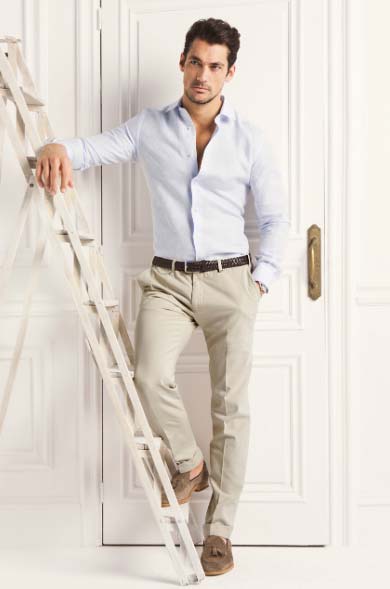 Mention Massimo Dutti to the man on the London street and you get blank looks: “Massi-who?” they say, their face contorted in confusion; “Oh, aren’t they like Zara?” their girlfriend says “I think I read somewhere it’s like Zara.” “Nah” the man responds “don’t know any place like that. Aren’t they Italian or something? I thought Zara was Spanish.”

Unless you happen to be an intrepid metropolitan, the likelihood that you would know about Massimo Dutti is remote. Like the rest of the Inditex group, advertising just isn’t something they do. However, whereas this kind of approach hasn’t prevented the Zara brand from taking off like a rocket and becoming the largest retailer in the world – so big, so successful and so well-known that, even though they could afford it, advertising would be pointless – Massimo Dutti suffers from a general lack of awareness.

However, I think that Massimo Dutti is one of the most exciting retailers on the men’s high street. Like the promising, studious scion of an enormously wealthy industrialist, Dutti plugs away in Zara’s massive shadow, satisfying it’s faithful customers with garments that are, generally, several steps above the more famous sister in quality of material and manufacture.

As a retailer, Massimo’s offer is far more appealing to men than Zara. The point about men is that, generally, they don’t like shopping for clothes. They hate spending money constantly too, which is necessary if you are being sold a garment that is designed to be worn – as Zara have famously (though misleadingly) said – ‘a few times.’ Add to this the general male prejudice about stores that their girlfriends and wives drag them to and you can understand why Zara menswear is but a footnote to the mighty success of the women’s department.

Massimo Dutti, by comparison, isn’t exactly (yet) a massive triumph for Inditex. But I actually believe the formula will, in time, work better for men who, generally, want to buy better quality, are less demanding of the latest fashions but still want an eye for design and a price that won’t make their eyes water. Its closest competitors in the UK are the likes of Banana Republic, Reiss and even Hackett. Though aficionados of the latter might scoff at the suggestion, Dutti has enough brand manoeuvrability to take them on. Ready to wear products feel more expensive than they are, materials used are high quality and it has a made to measure service that is excellent value for money and, with a parent company like Inditex, almost anything is possible. 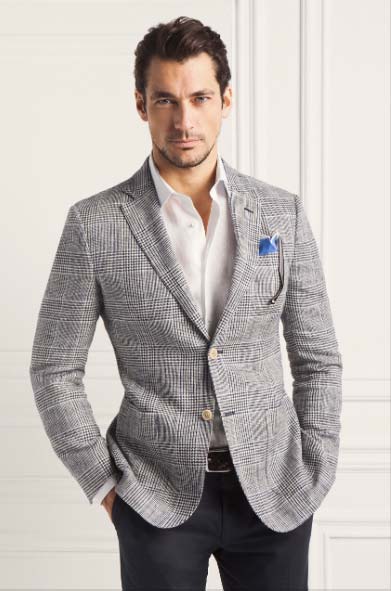 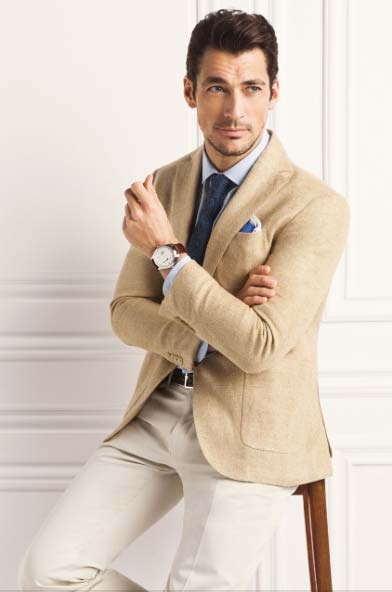 An excellent example of this is the small NYC Limited Edition Collection, celebrating Massimo Dutti’s arrival on American shores. Aesthetically, it recalls some classic ‘Manhattan moments’; a Prince of Wales check blazer with white buttons – very Astaire; slim-leg chinos in khaki and navy; a seersucker jacket with patch pockets; crisp linen shirts and silk and linen tricot ties. The most ridiculous thing is, this is a Spanish brand, delivering classic Manhattan style and making an absolute mockery of no-hope American outfitters like Banana Republic. This is a practice that often makes waves; showing up the hosts. When Ralph Lauren opened in London, teaching the British how to be British, he put quite a few people’s backs up, but there is no question who had the last laugh. Dutti might not have the designer lustre of Lauren, but someone inside the machine clearly knows exactly what they are doing.