The Style of The Talented Mr Ripley

One of the greatest sources of sartorial inspiration is, and probably always will be, the silver screen. Who can forget the impeccable suits of Sean Connery’s Bond, or the preppy-meets-cop style of Steve McQueen in Bullitt? Modern technology has made the ferreting out and dissemination of stylish films much easier than it was when I was a nipper. Which is just as well for you, dear reader, as I can share with you a supremely stylish film, Anthony Minghella’s The Talented Mr Ripley. 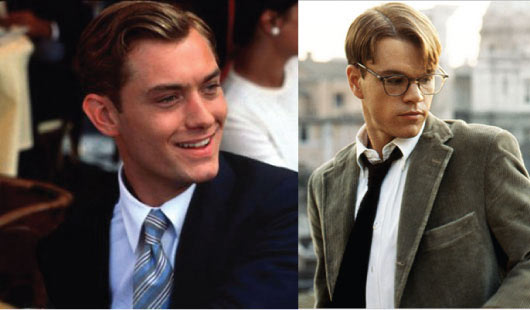 The setting is largely 1950s Italy, where Dickie Greenleaf (Jude Law), the son of an east-coat WASP millionaire, has taken to frittering away his allowance. Needless to say, Dickie’s father isn’t too happy about this and recruits the outwardly charming but inwardly sinister Tom Ripley (Matt Damon) to bring him back. As time goes by Ripley develops a very unhealthy obsession with Dickie and, inevitably, the excrement hits the fan in chilling fashion. 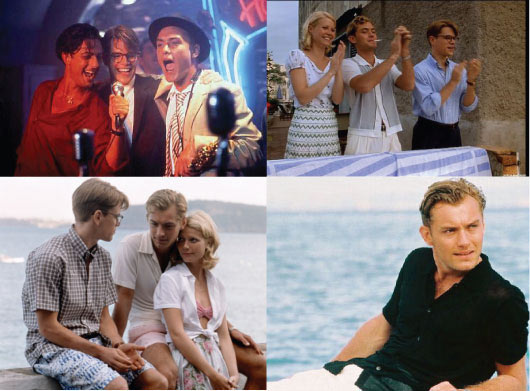 Aside from being a fine thriller in the mould of the best post-war mystery novels, The Talented Mr Ripley is an absolute gem in terms of men’s style. The locations – Sanremo, Rome, the Bay of Naples – lend themselves to a fine Mediterranean summer wardrobe that has, sadly, all but vanished from 21st century beach resorts. Jude Law steals the show in this regard, with a selection of summer-weight odd jackets, cotton chinos, loafers, ties and hats that will make most Men’s Flairers green with envy. 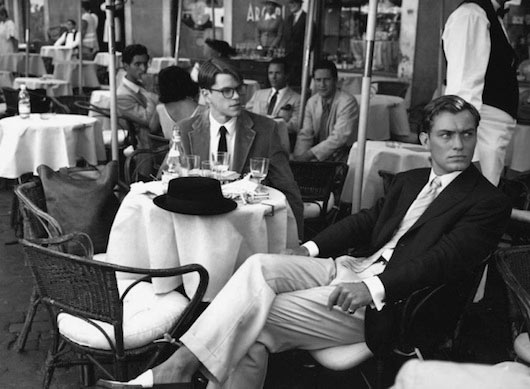 Of course, I’m not suggesting that you copy the looks wholesale unless you happen to have a time-travelling DeLorean at hand, but it certainly offers some inspiration. The combination of navy linen shirt and off-white chinos/shorts is always a winner in my book, and it doesn’t take much to reimage some of the more formal outfits seen on screen with some modern tailoring.