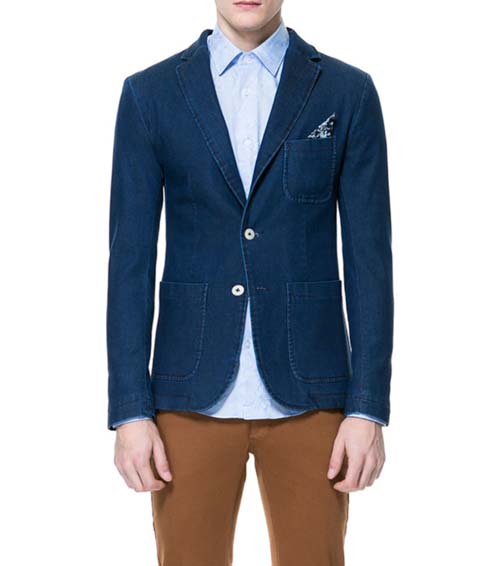 A half-French colleague of mine recently gave me an efficient lowdown on Nîmes: “Easily the snobbiest city in France – outside of Paris, of course.”

“It’s not really a proper city either” she said  “it’s just a town. I think the people of Nîmes want you to think it is a city though, to think it is important.”

It’s not hard to see why local residents might think a lot of themselves. Nîmes is an ancient place, civilised since 4000BC. A mere few thousand years later, it became an important Roman settlement and remains of the Roman Empire, including an amphitheatre and a Roman temple, are the main reason why Nîmes is one of the most popular tourist destinations in France.

However, Nîmes is most famous for it’s creation of the fabric that is worn by millions of people around the world; serge de Nîmes, now commonly known as ‘denim.’ It is continually amusing that something which is largely seen as an American working-class fashion invention actually has it’s origins in a snooty town in Languedoc-Roussillon.

Though it is largely used, in a variety of styles, for making ubiquitous ‘jeans’, real denim is a beautiful fabric which is perfectly suited to other sartorial creations, notably the shirt, but also, the blazer.

I must admit, when I began to assemble my ideal wardrobe, I did not expect that it might eventually include a denim blazer. Corduroy jackets, yes; navy flannel, yes; denim? Hmm. It was always one of those ‘maybe later’ choices for me, something to consider once the big pieces were in place. However, recently, I have realised how fabulous and adaptable to modern fashions a denim blazer can be.

A lot of prejudice against denim ‘beyond the jean’ originates with the craze for all-over denim outfits and the matching denim twinsets that plagued the fashion world throughout the late 1980s and early 1990s. Since then, denim ‘beyond the jean’ has largely been banished by fashion, with the effect that denim jeans are now replacing cotton and wool trousers to be worn with wool blazers, corduroy and tweed. However, there has been a bit of a backlash against blue denim jeans – not least because of their somewhat depressing ubiquity. Those who are of a self-conscious sartorial bent are wont to criticise the continuing craze for jeans citing their relative discomfort and inelegance.

I am somewhat ambivalent. I still like wearing jeans on occasion, but I do see the argument that the convenience and appeal of jeans is overrated. Consequently, there are simply hundreds of occasions on which a denim blazer is now an appropriate choice for an ensemble, considering the fact that I am not encumbered by the requirement to contrast a varying shade of indigo.

What this means is that the indigo denim blazer is now a wardrobe ideal, to be deployed when the character of the beautiful serge de Nîmes fabric sets a fitting contrast to a pair of polo-white jeans or straw coloured linens. The thing about denim blazers is that they have that lovely, faded character around the edges. The heavy stitching and patch-pockets are indicative of the casual origins of denim garments but, their presence on a blazer – which, as a cut, is still the most elegant item of clothing in a gentleman’s wardrobe – is a perfect marriage of that hearty, smoky American working-class and the haughty nobility of the grand ville of Nîmes.