A Marriage of Equals 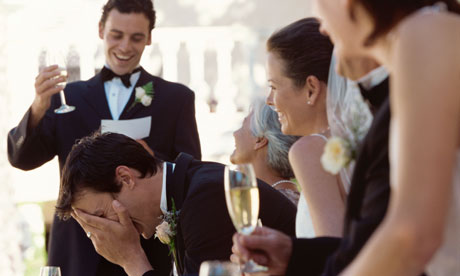 Occasionally, affianced friends and acquaintances have approached me for help and advice to input into that mutually significant but disproportionately female-influenced occasion; the event of marriage.

I say ‘disproportionately’ because so many men take little or no interest in the planning of weddings. However strong-minded they are in other things, however opinionated or of a certain taste, their own wedding is an occasion which they tend to leave to their future spouse.

I am always surprised and disappointed by this. While most of the men I have consulted have been keen to enjoy their wedding and provide input on the means of this enjoyment, they have never been in the position of ultimate decision-maker.

Most of the women I have consulted with on the other hand, have been. One particular bride-to-be was so domineering that any advice about the groomsmen’s clothes had to be approved by her before it could be imparted to her future husband, lest he should choose something ‘tasteless’ or ‘inappropriate.’ No equal was he. “If it makes her happy” was the shoulder-shrugging response from the groom.

What is most significant about this phenomenon is that it tears at the very fabric of matrimonial alliance. What should be an event of mutual contribution is merely a glimpse of a marriage of imbalances or, even worse, the prelude to a lifelong dictatorial regime. Not only that, but ‘unreasonable influence’ – particularly concerning the attire of the groom and his party – tramples on the idea that these are two beings of equal and individual wits, joining in matrimony for reasons of admiration, respect and love. It always amazed me that seeing the bride’s dress before the ‘big day’ was unlucky – but the bride matching the groom’s attire to that of her maids is entirely acceptable.

Matchy-matchy weddings irritate me enormously. The bride’s work and that of her entourage – usually a mother and a particularly intrusive aunt – is always obvious when the ‘wedding colour’ is evident in everything from the ushers’ cufflinks to the paper handkerchiefs at the wedding breakfast. Making sure the colours match exactly is not aesthetic or artistic, it is simply scientific and statistical, cold and predictable. The nonsense of matching the bride’s party to that of the groom’s is merely a symbol of the groom relinquishing any interest in controlling his half of the wedding contract, not the trite, post-rationalised logic that ‘if everything matches, we must be perfectly suited to one another after all.’

The groom should not be ‘trussed up’ like some doll, as though he is incapable of dressing himself. He shouldn’t be limited by the colours in his bride’s bouquet or the imagination of his future mother-in-law. Instead, he should be exacting complete control on his party. Consulting, without his bride, on the attire of his best men and ushers. Choosing his clothing on the basis of his sense of the occasion, showing who he is, and what he offers going into the marriage – not the obedient fool his wife is bound to fashion him into.