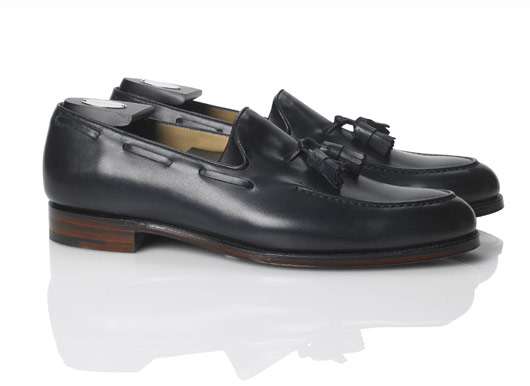 One of my most recent purchases was a pair of navy blue tasselled loafers from London’s Gieves & Hawkes.

When I was a kid I had a pair of navy blue brogues which I thought were Jack- the-Biscuit, and still think fondly of them. Strangely enough, I spotted a chap in a pair of blue suede penny loafers some years back and despite my best efforts I couldn’t track a source down for them. But in the last few seasons it seems designers have caught on to what I knew as a kid.

I’ll grant you it’s an unusual colour choice for someone who recently confessed to wanting to simplify and purify his wardrobe.

However, simplifying your wardrobe doesn’t mean being boring, and in many ways having a core of elegantly simple and practical clothing makes adding the odd touch of spice all the easier; as any unusual pieces are restrained by the core.

Although it seems counter intuitive to veer away from the safety of the norms, it can be done and done well. As my last post on Berluti demonstrated, there are plenty of options available, and the likes of Savile Row’s Ozwald Boateng have been producing a range of coloured shoes to compliment his uniquely coloured suits for some years. 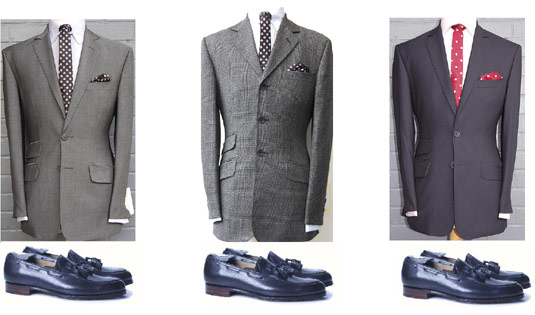 I’m not advocating that these replace the standard colours of dress shoe. It’s sound advice that any man starting out on the acquisition of a fine wardrobe starts his journey – which will take several years – by getting the basics under his belt. But once you’ve got a couple of pairs of black, brown, the odd suede and even an oxblood then you might consider other colours. A fine mix with blue and grey suiting, not to mention denim; in my view if you’re tempted, navy blue is an excellent place to start.