One of my professional acquaintances recently told me over lunch they had taken my advice and secured a private country house for post-Christmas celebrations and New Year’s fireworks and champagne.

“We’ve taken a place up in Scotland. It’s a massive castle-y thing. Looks spectacular. Probably going to be freezing.”

For anyone curious enough, they had done so through Landmark Trust, which is one of the most splendid and useful causes in the land. With a powerful and unsurprisingly supportive royal patron in Prince Charles, the Trust is a unique blend of heritage preservation and hospitality. Imagine visiting a small stately home and wishing you could have it for the weekend only – without the maintenance, heating bills and crumbling roof – and that you could do so in style, with tasteful furniture of the period and not a flatscreen or wifi router in sight.

Having taking Landmark Trust holidays myself, I enthusiastically told my acquaintance of the gentleness of such an experience; an escape to nature, to an older time, to natural, log-lit warmth, board games and simple pleasures. If holidays are ultimately about escaping everyday life, then Landmarks are the most accurate example.

My acquaintance had planned to take a few leaves from the book of country gentlemen and actually dress what he termed as ‘the part of squire.’

“I don’t want to be one of those awful Chelsea people who turn up in brand new Range Rovers with Moncler gilets and iPads.”

For him, such a weekend was an escape to the textured, layered, regimented routine of the past. There would be, he insisted, no gilets at the dinner table:

“I want people to wear tweed to breakfast, go on walks through the hills in shooting socks, dress for dinner.”

His guests, he insisted, would surely find the sojourn into a forgotten age fulfilling. It was a world away from BlackBerries, from childcare and the school run; from double-glazing, computers and management-speak.

“It’s like Downton Abbey I suppose!” he spluttered “and that’s why dressing is so important. How would you do it? I’d be fascinated to know…”

One of the treats of staying in the countryside, particularly in a grand manor house on acres of grounds, is the great plethora of outdoor pursuits that could even be as simple as a “walk to the folly.” However, for such activities, the elements often get in the way. Waterproofing and layering is required when staying out in the cold for extended periods, and a hat is often useful to battle against harsh, cold winds. As such, combining a little formality (a tweed waistcoat) with a practical jacket (a waterproof waxed Barbour), with the addition of a scarlet silk scarf and a tweed flat cap is just the right combination of country elegance and sensible clothing. A pair of Wellington boots would complete the look. 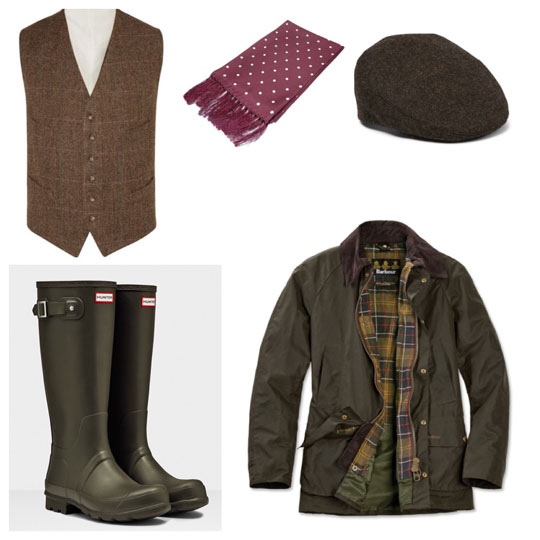 Although weekends in the country can be rather outdoorsy affairs with rain, mud, Wellington boots, wet dogs and reddened cheeks, there is always the promise of some refinement; a quiet card game by the fire, some 3pm champagne in the drawing room or reading by the gentle tick of the long-case clock in the hall. Therefore, a tweed jacket (houndstooth is ideal), a crisp white cotton shirt, a pair of grey flannel trousers and brown Oxford brogues would help to keep up the stately atmosphere. 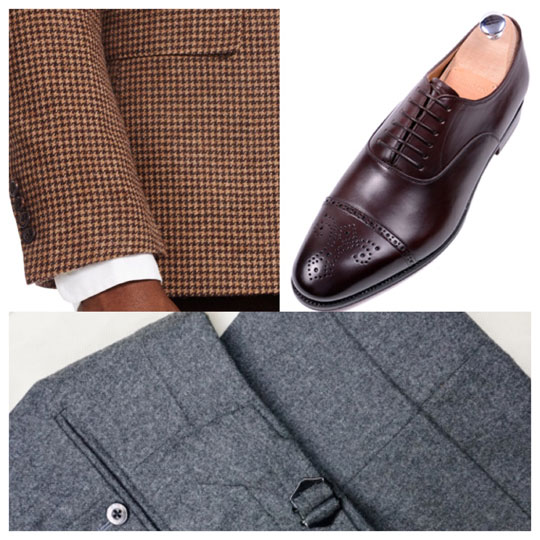 Pretending to be the squire of some old castle is enormous fun, particularly when you dress up in evening gear in the accepted ‘code’ of a host. With black tie, whereas guests are expected to don formal evening jackets and shoes, hosts ‘at home’ have often chosen to wear a more relaxed velvet smoking jacket and velvet Albert slippers instead of shoes. 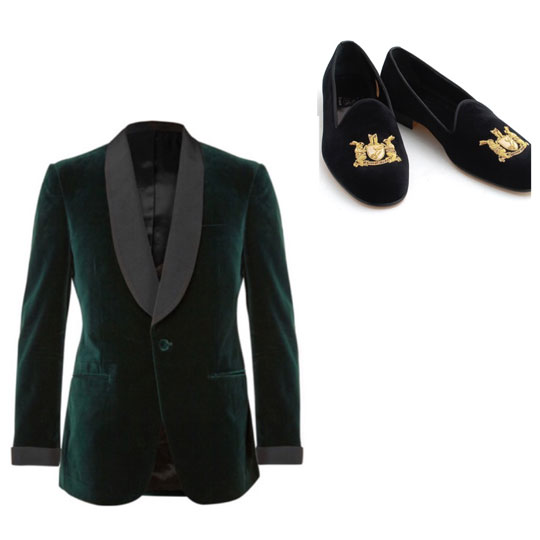