Covering Up For The Ravages Of Time 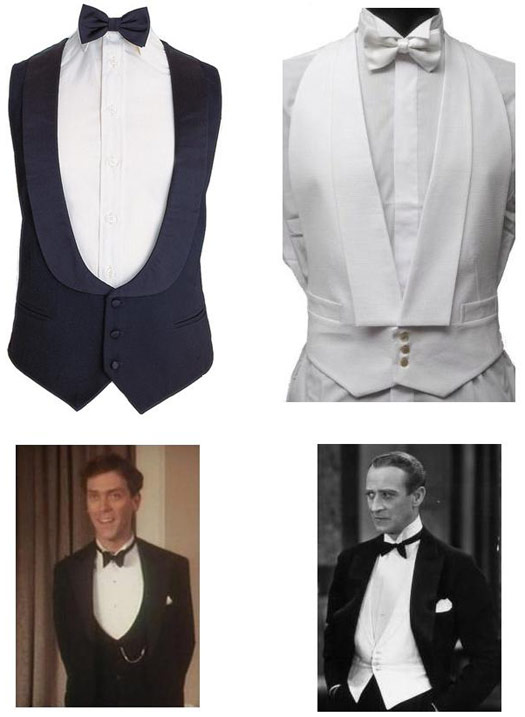 This is most definitely Black Tie season. Making my way back from the House of Commons to Victoria train station every evening it’s rare not to see chaps scurrying off to one Black Tie event or another.

While Black Tie is potentially a man’s greatest ally, the reality is that for every man I see who looks like James Bond I’ll see 20 more who look just plane shabby.

The most common fault shared amongst men is the ill fitting Dinner Jacket, or more to the point the dinner jacket that has been outgrown.

I could get pompous and sniffy about these chaps, but I have a deal of sympathy for them; particularly as I have, to my horror, just joined their ranks.  Of course trousers can be let out and dress shirts replaced. But once the jacket no longer fastens elegantly, easily or at all, any semblance of elegance is almost certainly lost –note, I say almost.

Then replace it, you may offer up. Or, just lose weight.

Brilliant! Advice as sage-like as telling alcoholics to “just lay off the booze”.

For the majority of men, myself included, the call to don the dinner jacket comes but once or twice a year at the very most. Once worn it‘s deposited back in the wardrobe until further notice. But life goes on, and as the years advance so too does a chaps girth, in most cases. You may be one of those fortunate fellows whose weight is constant, well good luck to you. But like most men I battle with my weight; it’s a ruthless war of attrition I know I have good chance of ultimately losing.

Advising a chap to pony up a substantial amount of money every three of four years on something he will typically only wear three or four times in that period isn’t really advice. And certainly not when there are greater calls upon his resources. It’s just bloody cruel really.

But all is not lost, and it amazes me how many men just don’t do the logical thing. This is where the largely ignored dress waistcoat comes in really handy. Part of the problem is that wearing a bow tie leaves a great white expanse which merely emphasises heft if the jacket doesn’t fasten. A proper low V or scoop dress waistcoat fills in that space, particularly around the paunch. You can go with either the white Marcella for a 1930s retro feel or the more commonplace black in silk/satin or grosgrain. Black is naturally slimming, which will help your cause. I wouldn’t advise wearing one of those awful gaudy, shinny, patterned numbers that suit hire companies are keen to foist on people. Aside from being decidedly inelegant of themselves, if you’re a big feller there’s always a danger you’ll look like a feature wall.