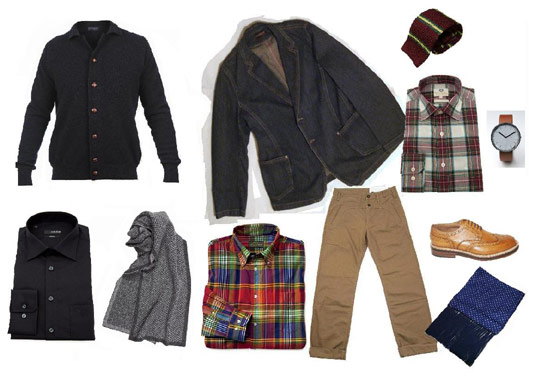 It strikes me that the best dressed men are highly disciplined fellows.

Nothing happens by accident and the easier and more natural something appears the harder it is to achieve. Men like Cary Grant or Terry Thomas, for example, took years to develop their look. It was a conscious effort, studying the men they admired and then over years learning what worked and how to achieve it. Once they’d built their wardrobes, and they did build them; lavishing money and time on them, working with skilled craftsmen who often take months to make a garment. Once they did all that they kept their bodies in good nic well into old age.

Recently I’ve been banging-on about the importance of lists. I’ve highlighted some of my purchases to come, and I’ve explained the looks and the aesthetic I want to create. The aim is not only to properly articulate what I’m buying and why, but to ensure that I only ever buy what I need.

This has been quite a recent development for me. Of course, having to pound out a couple of posts each week to a readership of dedicated sartorials (that’s you by the way) helps with this process. Even if these bi-weekly orations don’t help you they’ve certainly helped me maintain focus, and give serious thought to my wardrobe. I’d always tried to do it, and sort of thought I was, but in reality my wardrobe never quite fitted together as smoothly as it could have.

And it requires a lot more time, effort, patience and discipline than you would imagine. We live in an age of instant gratification, with more disposable income than any generations before, and credit cards and overdrafts to top us up. We are bombarded with images and pages of text on TV, in print and online extolling the virtues of wonderful needful things. And who amongst us has not made impulse purchases. As Oscar Wilde said, “I can resist all things but temptation”.

For me temptation recently came in the form of a trip to Bicester Village. It’s one of those designer label outlet things which have begun to spring up. They’re temples to the new religion, shopping. Indeed, the reckless abandon with which people go about the business of acquiring, and the deals so good, you’re almost made to feel foolish for not buying something. And I was tempted by some beautiful Dunhill cashmere ties, but I stuck to my lists.

I imagine the other thing great dressers have in common is that smug self-satisfied feeling you only get from showing a bit of discipline.