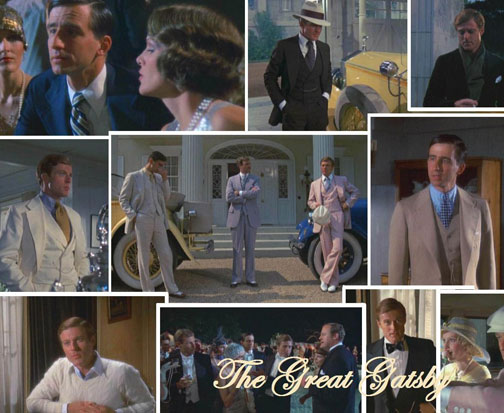 It ranks as one of the great works of American literature; one of the first ‘Great American Novels’ and the absolute dernier cris on the documentation of the Jazz Age. Though in my opinion it is not his finest work, it is still a wonderful yarn and it is the 180 pages for which Scott Fitzgerald is best known.

In fact, it is so American a tale; the birth, life and death of the famous ‘American dream’, the tragedy of money and the fragility of frank and honest love, that I feel, as an Englishman, my ‘across-the-pond’ perspective is unwelcome. However, I take solace in the fact that Gatsby was indeed, ‘an Oxford man’; in the same way that Fitzgerald had intended when he was young. Poor Scott, he had to ‘settle’ for Princeton.

Although he had a great love for his country, Scott was somewhat European in taste. Moving to California caused him distress – he loathed Hollywood and found little inspiration there, preferring the quiet of the Deep South or the buzz and gentility of New York. He made frequent visits to Europe, holidaying with the Mark Cross-owning Murphys at Cap d’Antibes and propping up the Ritz bar with Ernest Hemingway in Paris – he was a literary boulevardier content with being an American export.

In much the same way, Ralph Lauren, who designed the men’s costumes for the 1974 film production of The Great Gatsby starring Robert Redford, though also an ‘all-American’, shares an affinity with F.Scott Fitzgerald for certain things which qualify as classically English.

The sport of polo, despite its undeniably Indian past, has strong associations with the British elite who colonised the country and, appropriate to the heritage of the clothing, Ralph decided his brand should be marketed as such.

And though Scott may have adored American football, he was fascinated with European systems and traditions; perhaps a reason why characters such as Amory Blaine and Jay Gatsby, received, or were intended to receive in the case of Amory, English educations and perhaps why the marvellous Jay Gatsby has clothing sent to his West Egg mansion all the way from the distant metropolis of London at the start of every season.

As far as costuming goes, there was surely no one more appropriate than Ralph Lauren, who himself dreamed Gatsby dreams, once writing in his school yearbook of his simple desire to be ‘a millionaire.’

What I liked particularly about his clothing in the Redford film was his use of colour, and the way in which Gatsby was differentiated from the rest; he wore the clothing of the period, but he wore it in his way consistent with his uniqueness. Tom and Nick were more honestly American in their delivery but Gatsby seemed to belong to one of the typically Fitzgeraldian fantasies detailed in the short story, The Diamond as Big as the Ritz: white and pink suits, daring candy colours and a mirror-like brilliance.

In the still of the three of them, standing next to the two motor cars, there is heavy symbolism in the costume. Gatsby, in his pale pink linen three-piece suit, is being regarded with a sneer by the scion of old Chicago money, Tom, whilst the poor and rather disapproving Nick seems to exhibit mounting pains with his own neutrality.

There is no doubt that Tom regards Gatsby as vulgar, “Mr Nobody from Nowhere”, and yet we empathise more with Gatsby’s charming naivety than Buchanan’s dissatisfying breeding. Lauren captures this sentiment brilliantly by clothing him in a beautifully cut pink suit – such audacity is consistent with his cavalier derring-do and combat heroism, and his swashbuckling attempt to prize his true love from the arms of another man.

On other occasions, Lauren stylishly captures Jay’s vulnerability by wrapping him in a silk scarf and blazer; cold and wintry in colour and style, in strong contrast to the brazen ‘candification’ of some of his splendid suits.

What is also impressive about Lauren’s clothing is that he manages to remain true to the period but still capture the Gatsby of our imaginations. Although, indubitably, there is a slight fattening of the tie, lengthening of the collar, widening of the trouser and polish of the bow tie, historically, the combinations are accurate.

I myself am no scholar, but the seemingly inescapable 1970s touches are there for all to see, as is the wonderful attention to detail such as the mother of pearl cuff buttons or the double breasting of the waistcoat.

For me, the real master touch is actually the product of the combination of Redford’s acting and Lauren’s tailoring; in all his splendour, the appropriate irony is that Gatsby, though he, in the words of Daisy, “always looks cool”, is ever so slightly uncomfortable in his clothes. When he is alone with Daisy, or visiting Nick in the pouring rain, he is unbuttoned and frank; more in common with the penniless bond trader than the extraordinarily rich polo playing Tom.

The only sadness of the whole affair was that Ralph did not receive the credit he fully deserved for his vision. The lion’s share of the applause was directed at Theoni V.Aldredge, a veteran of the costume design industry, nigh on aristocratic as far as the Academy was concerned. Symbolic to the end, this mirrored Gatsby’s own vain hopes of recognition and even his tragic death at the hands of a careless and frightened establishment.