I feel a modicum of sympathy for modern politicians. It must be inordinately taxing for them to appear to be pleased to see the deep ranks of the sniffling public; those pushing up at railings at hospital openings, shouting about their relatives languishing on endless waiting lists. Then, braving the underrated brutality of eggs and saliva, they shake hands with all and sundry and lie convincingly about ‘new steps’, ‘great improvements’ and ‘increased funding.’ Their life is the very kind of celebrity that others dread: public responsibility.

They can therefore be forgiven, you might think, for lacking physical pleasantness. And some might even go as far to say they don’t expect their local Member of Parliament to be ‘too fancy’ in dress.

And why should they be? Politicians represent the serious tonic of reality that awakes us from the reverie many of us float around in; they are the Officers of the Watch who allow us to luxuriate in the privileges of our first rate lives whilst the dirty and grim realities of our existence are attended to.

However, when politicians represent you on the world stage, when they shake hands with presidents and popes, sultans and soldiers, there is an embarrassingly superficial desire for them to look good when doing so. Though patriotism may be the virtue of the vicious, wanting the rest of the world to see the best that your country can offer is a natural desire.
Gordon Brown, our Prime Minister, is one of the worst dressed politicians in our history. Charles James Fox was notoriously scruffy and unwashed, and yet he had charm, Gladstone was tedious in attire and yet even his staidness had a gravity of aging elegance. Brown is hopeless. His feeble hold over his own wardrobe seems to reflect his weakening grasp of his own party, his disregard for custom (he recently resigned from his determination not to wear black tie) and his cynical treatment of the British people. His hideously shiny ties are as badly tied as a rebellious teenager’s. His ill-fitting suits relegate him from world statesman to chippy, ill-informed pretender, and his naive demeanour implies doormat rather than diplomat. 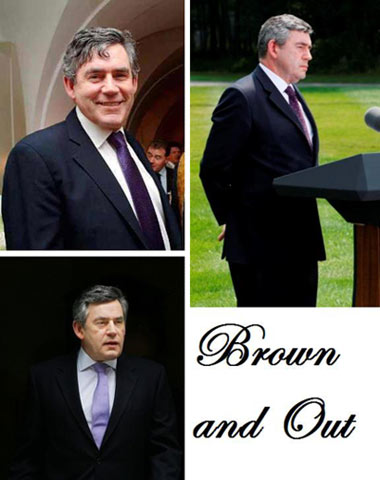 So what went wrong with the mighty Labour public relations machine? Tony Blair, once voted one of the worst dressed Britons in 2003, seems like Cary Grant in comparison with the maladroit and awkward Glaswegian. By comparison, Old Etonian Tory David Cameron is riding high in sartorial public approval; voted one of the most attractive and best dressed men in Britain, Cameron is on a roll as far as his managed appearance is concerned. And the secret is? There is no secret. Cameron makes no clandestine disguise of who he is as far as his garb is concerned.

The difference is that he doesn’t look uncomfortable wearing what he wears. Moreover, Cameron looks like he belongs in his threads. He is not exactly spectacular or that inventive with dress; he doesn’t deserve accolades for individuality. It’s just that he isn’t ashamed of who he is and where he came from. He knows his own style and he sticks to his guns. 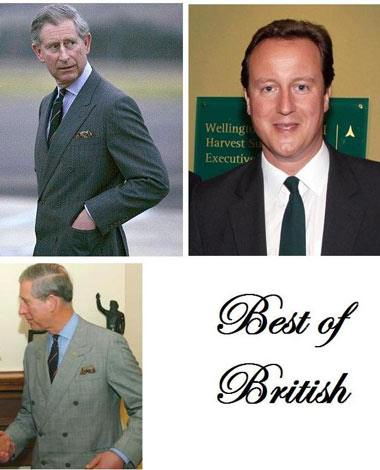 The same can be said of Charles, Prince of Wales, who I consider to be the best dressed of men. He doesn’t dress down misleadingly and he doesn’t treat tradition and honest style with cold cynicism. He has artistry and flair and he uses these qualities to great effect and I applaud him for his stoicism and grand representation of the British monarchy.

‘For shame!’ The reader may cry, ‘Wardrobe is not the meat and veg. of representing the people.’ I agree. It has fractional importance when you come to the point. However, we don’t live in the sort of world where people can get away with inadequacy any longer. The camera lens and the gossip column invade all secret places of meagreness; we want more and we demand more from our representatives.

Therefore, I think it’s time either Mr Brown, or his unschooled clothiers, take a leaf from the style pages of the heir to the throne, or the spruce young chap sat opposite in the House of Commons. Brown certainly isn’t what he wears, and it’s hard to imagine Brown actually looking debonair or commanding. However, pride in personal appearance and style doesn’t always indicate personal vanity; it can be a herald of a concerned mind and of the desire for enhancement. Style, confidently shown, is respected and is considered a sign of self-assurance and conviction.