Manage Your Own Expectations 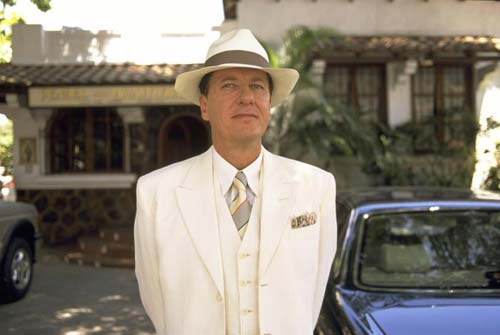 “If you want to look good in my suits, lose some f*cking weight and grow a foot”

This is one of my favourite lines from the film “The Tailor of Panama”, which is, as the title suggests, an entertaining choice for the sartorially discerning. The tailor, played by Geoffrey Rush, stands behind a short and fat Panamanian banker who is complaining about the fit of the bespoke suit that has been recently crafted for him. The line is not actually delivered to the client but instead is made as part of the tailor’s internal monologue.

“There are some things” a tailor once told me “that even the highly skilled can’t hide.” There is a reason, he went on to say, why a tailor beams like a bonused-banker when a slim-but-not-stooping six-footer appears in the doorway. “You know it’s going to be easy to make him look good, to make him look like, you know, a million dollars.”

It is said that a tailor’s favourite client is one who pays on time. However, there is also a suggestion that he wants one that enables him to show off his craft to the best effect. To this end, a bespoke tailor is no different to a designer looking for chiselled models. You’re still selling an idea, not the reality, to each individual punter. Managing expectations of each customer is important, but it is something that tailors might be, understandably, reluctant to do – which is why the tailor in the film thinks the line but does not utter it, even politely.

“You cannot point out a customer’s flaws” another tailor told me “even if they mention them first. It sets the relationship off on the wrong foot.” Perhaps, but the problem with this approach is that some customers’ unreasonable expectations might go unchecked and overall product satisfaction suffer because of it. “It can get a bit touchy when they come in asking to look like Cary Grant and go out looking like Edward G. Robinson – which isn’t usually a bad result for them really!”

A lack of ‘unconventional’ style icons is often blamed for customers dissatisfied with the ‘transformational’ powers of bespoke tailoring. Hollywood’s sartorial icons, now and of the past, are generally not merely conventionally sized but also elegantly statuesque. It isn’t hard to see why photographs of the most glittering stars of the last one hundred years, many of whom are previous customers, loom down from the walls along Savile Row, veritable paragons for tailors’ everyday customers.

However, this is where the bespoke deference falls down.  Sycophantism towards a customer who blindly believes they are going to look physically different by stitching together a bit of wool flannel is actually unhelpful.  “The way oddly shaped men wear suits – it’s like they’re trying to wear them as a normal bloke would” the tailors say. This suggests that tailors should take more of a front seat with these customers and recommend types of cut and methods for increasing the aesthetic appeal of the look. But is it wise to shatter the customer’s illusions (for which they are paying a pretty price)? Isn’t it better to let them believe they are going to look like Cary Grant?