Notes of a Fuddy Duddy 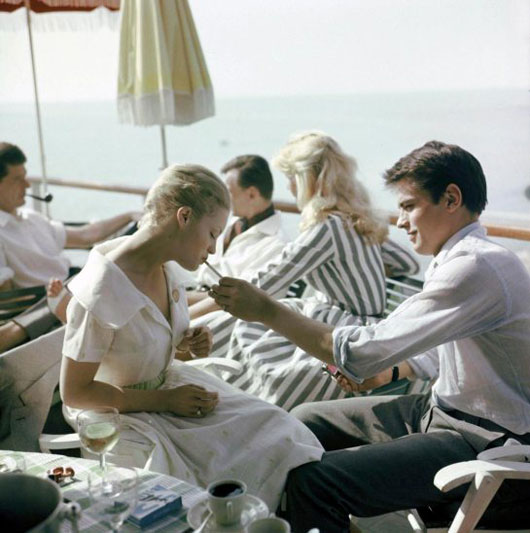 I am no longer what is universally considered a ‘young man.’

I know this because someone informed me of the fact very recently, touching me firmly on the wrist as they might a nervous patient to whom they were dispensing a diagnosis.

I also know it because I have recognised in myself some peculiar fuddy duddyness: skepticism is creeping over me like a vine,  I have an increasing desire for solitude and am starting to adopt the inherited belief that is the rite of all those who begin to feel the effects of aging; an unswerving conviction that the world is going down the plug hole.

This thinking recently took hold at a lunch, whilst on holiday.

The establishment was a smart one and would, in my opinion, be one which demanded that both men and women dress appropriately. If someone suggested to me that, on a warm but not oppressive day, the most sensible attire for Sunday lunch at a venerable chateau in the south of France was a t-shirt that said ‘Give Me Some Love’, some cargo shorts and flip-flops, I’d have laughed them to Antibes.

Sadly, when it comes to clothing, ‘live and let live’ is a mantra I am yet to submit to successfully. The issue with sartorial decorum is that nowadays, it is optional. And it is not simply a lazy culture that has propagated it but a sheep-like adherence to the cult of celebrity; laying this at the door of people who ‘can’t be bothered’ isn’t quite the whole picture. There are a glut of followers who believe they are doing what is expected of them.

Readers of this column are more likely to be aware of the strictures of sartorial dogma than the average. A simple example of this would be knowing when and where black tie should be worn; a more complex conundrum might be which style of loafers are most appropriate for flying.

I have never believed in purism when it comes to style. Fundamentalism is an unaccommodating master and allows for little evolution – which is the essence of making style relevant. However, there is an attraction to using classics as anchor points, and this is something that enables menswear to stand above the crazed trendsetting of womenswear, which suffers no unifying commandments – besides the suggested adoption of underwear.

This is why  it is always amazing, and not a little upsetting, to witness the continuing phenomenon of men who persistently underdress. I would have thought that the prospect of a smart restaurant, on a Sunday in a Catholic country, would have inspired one or two jackets or at least a collared shirt. However it seems that everyone is intent on playing the same role; that of the absurdly self-absorbed billionaire/celebrity who, in their power, does not follow any rules but instead sets the tone by doing exactly as they please.

Little is sacred anymore. People are gradually losing their reverence for a sense of occasion- and the privilege of enjoying such occasions – which is in itself a sign of decadence. And, though I might have sniffed at the Ritz in London for their stiff policy regarding gentlemen’s attire, it is now obvious that such reinforcement is necessary against the great tide of sartorial decay that grows ever larger.