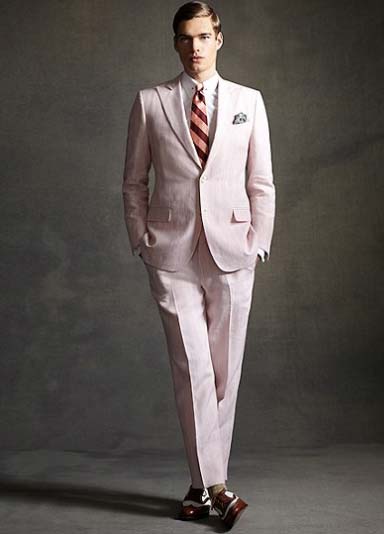 There is a strong possibility that the new screen version of Scott Fitzgerald’s ‘The Great Gatsby’ will be a dud. The trailer is spectacular, but so what? Trailers are works of art in themselves nowadays. I cannot count the number of times I have seen a movie on the back of an appealing preview and been disappointed.

And, if it is a dud, it won’t even be the fault of the creators. It is so difficult to transfer the great American writer’s work from the page to the screen. So often, it comes across as contrived and cloying, as with Benjamin Button. The fantasy of his work is nearly always underestimated, and is far more suited to the pastime of reading. For reading is the closest thing we have to conscious dreaming. Film is a visualisation of a dream, but not a personal one. It would be nigh on impossible to film, for example, the Diamond as Big As The Ritz, one of Fitzgerald’s most famous short stories. The whole thing depends on an individual’s capacity to visualise a world beyond the conventional that somehow exists in parallel to normality.

One of the greatest representations of this is Gatsby’s famous ‘pink suit.’ A perfect symbol of a man living an entirely different existence to the rest of humanity. Pink is not only a colour closely associated with femininity, and therefore frowned upon by more conservative men, it is also one of the most unlikely colours for a suit. Shirts, ties, pocket squares and buttonholes are all acceptable in pink but a suit? I have trouble wearing pink chinos without lingering stares and giggles of laughter.

“It’s a bit Quentin Crisp” someone said when I suggested the pink summer suit plan. “I can see you wearing it but…anyone would struggle to pull that off.” This is partly true. The pink suit must not be worn lightly, or with uncertainty. It demands confidence, not simply in choice but also in deportment; you cannot walk around as if in its shadow. An eccentric outfit must not upstage an eccentric.

Brooks Brothers have an entire collection devoted to The Great Gatsby; hardly surprising, given that they produced all the men’s costume in the movie. The cliches are all there, clanging away merrily; spectator shoes, club striped ties, striped blazers, straw boaters, Ivy League-looking cardigans, Duke of Windsor-ish loafers and pin-collar shirts and yes – a pink suit.

In linen, with a white pinstripe, this homage to Jay Gatsby’s summer wardrobe is actually very appealing, and very wearable. The pink is desaturated and consequently, the overall effect is far more subtle. One of the problems of wearing a colour such as pink is that it might overpower other elements of the ensemble, not to mention anyone the wearer happens to meet who will, probably, talk of little else. A lighter pink allows a bold striped or patterned tie to hold its own and remain, as it should, the centre of attention.