Sweaters: The Crew Or The V?

[A massive earthquake and tsunami hit Japan just as I finished writing this article. Even in Tokyo the tremors were huge, and thousands of people in the north east of the country have been made homeless. If you were planning on buying something fancy this month, please make a donation to the Red Cross or Salvation Army instead.]

Over the years I’ve accumulated a lot of sweaters. In fact, I’ve now reached the point where I’ll have to either make more room in my wardrobe or throw some of them out. If I do decide to throw some out, then I’ll need to decide which ones. This will involve taking fabric condition, colour and pattern into account. I’ll also need to take into consideration stretching – inevitably, my sweaters have stretched out over the years, especially in the neck area. And there is also the question of neck shape in general. Should I keep more V necks than crew necks, or vice versa? Or should I have an even number of both? 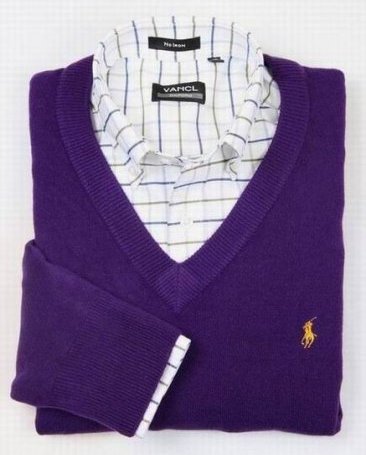 In my case, I’ll probably keep more V necks than crew necks. They already outnumber my crew necks by two to one, though this is more by chance than design. I do prefer them for work, largely because the V keeps the tie-knot and collar area prominently on display. Some V neck sweaters lend themselves to this better than others: it all depends on the depth of the V and general width of the neck hole. 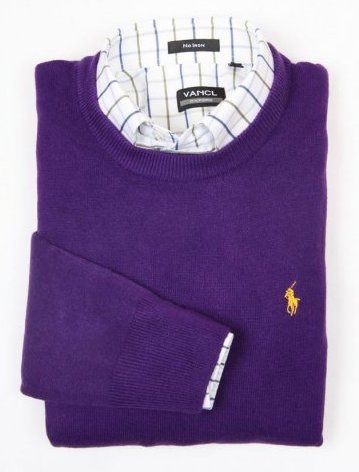 Crew neck sweaters definitely have a place my work wardrobe (I’m wearing one today, for example), though they tend to be better suited to days when I feel like dressing more casually. I find that ties and shirt collars are almost completely obscured by crew necks with narrow neck holes. If I’m going tieless, I usually steer clear of point-collar shirts: without the support of a tie knot the collar-ends tend to flatten out and creep underneath the sweater’s neckline.

By far the best looking, and incidentally the most comfortable, partners for crew neck sweaters are button-down shirts. The buttons push the collar up above the sweater’s neckline. This is especially useful for the slimmer man because the collar then frames his lower face, making him look more masculine and powerfully-built than he otherwise would.